Benchmark Your GPU on Linux with Unigine Benchmarks

If you are a gamer, use your setup for video editing, or otherwise rely on heavy GPU usage, you might be interested in how well your Graphics Processing Unit would perform under extreme stress.

The creators of the Unigine gaming engine has made a set of beautiful tools for the purpose. The basic version is totally free, and it is available for Windows, Linux and Mac. It features powerful testing, stunning visuals, and a user-controlled setup.

The benchmarks run on all three major Desktop OSes. Windows will be compatible from XP upwards until Windows 8 (no support for Windows 10 yet), and Macs will need OS X 10.8 or above. While Linux does not have a minimum kernel version requirement, it will need proprietary video drivers to be installed.

According to the Unigine website, the hardware requirements are as follows:

This certainly does not look like a lot, and the tests would not run on lower-end graphic cards. If the sole purpose of your graphic card is to display your desktop, this might not be your area of interest at all. The two available versions offer slightly different functionality.

Diamonds may be valued by the jewelry industry for their exquisite sparkle. But a recent scientific discovery has revealed that diamonds can be of value for the information they hold in addition to their beauty.

Natural diamonds are formed roughly 90 miles below the Earth’s surface. There are only limited zones in the Earth’s mantle that can produce diamonds due to the high temperatures and pressures required for their formation. Scientists have recently determined that some rapidly formed diamonds provide a snapshot of this extreme environment in which they formed.

The picture of these conditions comes from fluids trapped during formation, which provides information about the material that infiltrates the Earth’s mantle. These materials are thought to be the cause of abrupt changes in chemical and physical properties that are found at the border of the continental upper mantle and crust.

Once they’re trapped in a diamond, these fluid inclusions are shielded from later alteration, so we can analyze them for hints about the conditions in the Earth’s crust and upper mantle. 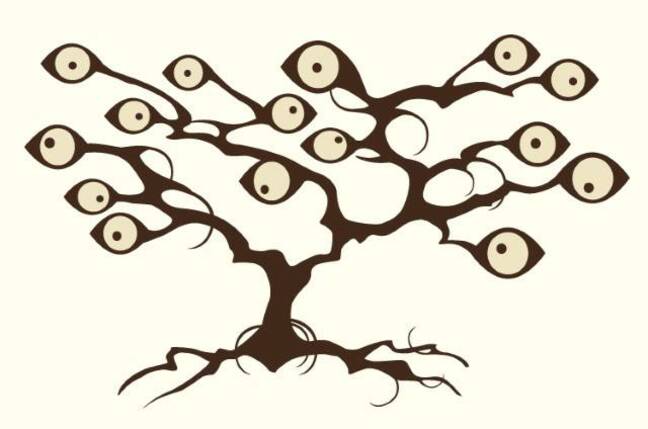 Among the many things the FBI of the 1950s and 1960s thought was corrupting America’s youth and harbouring communism was, apparently, the science fiction scene.

Documents recently released under freedom of information laws, show the G-men took an interest in one of the era’s leading authors, Ray Bradbury.

Their interest was apparently sparked by Martin Berkeley (Wikipedia), an enthusiastic anti-Communist and testator to the House Un-American Activities Committee (HUAC), who told the FBI the author of Fahrenheit 451 was “probably sympathetic with certain pro-Communist elements”.

“He noted that some of Bradbury’s stories have definitely slanted against the United States and its capitalistic form of government”, the report adds.

“Informant observed that Communists have found fertile opportunities for development; for spreading distrust; and lack of confidence in America [sic] institutions in the area of science fiction writing”, the FOI document states.

As Muckrock – a former writer for the site Inkoo Kang initiated the FOI – notes, Fahrenheit 451 had had been banned in Russia, but the FBI didn’t seem to find that odd: “… this story sold over 50,000 copies in Russia until it was banned by the Russian Government apparently since the Russian Government felt it slandered their type of government as well as many other countries”.

RoboHow: the Wikipedia that teaches robots how to cook

Developing robots that behave like us is one of the holy grails of modern robotics. And although recent advances in AI technology, human mimicking and automation have brought us closer than ever to that goal and gave machines a better sense of how to navigate their surroundings, there is a lot to improve in the way they work and interact with humans.

But fear not! A European initiative founded in 2012, dubbed RoboHow, comes to take up the challenge by creating systems that should help robots learn and share information with each other (even by using actual language), mimicking human learning processes. The aim of the platform is to do away with pre-programming our machines to perform certain tasks, and to teach them how to put information together, use it, and remember it for the future – to “program” themselves.

The German robot PR2 – backed by the RoboHow team – is an example of a machine designed to take advantage of this new approach.