What is the best way to get rid of greenhouse gases? The Swiss company Climeworks thinks the answer is to feed them to a greenhouse. The company is now building what is expected to be the world’s first plant to do so commercially.

The firm expects to be opening the plant near Zurich in September or October. The plant will suck carbon dioxide out of the ambient air and sell it to an agricultural company to spur the growth of lettuce, cucumbers and tomatoes.

C02 is already taken out of the air in enclosed spaces like submarines and space capsules. Climeworks will be using a similar process called direct air capture (DAC), in which normal ambient air is pushed through a fibrous sponge-like filter material that has been impregnated with chemicals called amines, derived from ammonia, which bind to C02.

Once the filter is saturated, the gas will be released by warming it with the heat generated by a nearby municipal waste incineration plant, then piped to a 4 hectare greenhouse.

The big question for air capture has always been its price. “The American Physical Society estimated that on a large scale C02 could be captured for $600 per tonne,” says Climeworks chief operating officer Dominique Kronenberg. “We expect to equal that and eventually get costs down well below that.”

At that price, taking C02 out of the air is more expensive than removing it from the flue gases of industrial facilities and power plants, where the gas is up to 300 times more concentrated. Capturing flue gas is already happening in a handful of demonstration projects around the globe.

“The advantage of taking it out of the ambient air is that you can do it wherever you are on the planet,” says Kronenberg. “You don’t depend on a C02 source, so you don’t have high costs transporting it where it is needed.”

Tor developers have been working on the next iteration of the Tor network and its underbelly, the Onion routing protocol, in order to create a stronger, harder-to-crack anonymous communications system.

To advance the project, the developer team schedules brainstorming and planning meetings at regular intervals. The most recent of these meetings took place last week, in Montreal, Canada.

In this session, the team tested the next generation of the Tor network working on top of a revamped Onion protocol.

Future Tor communications will be more secure
The team says it implemented a new mechanism for generating random numbers, never before seen on the Internet.

In secure communications and encryption, random numbers are of critical importance, serving as the base for generating encryption keys. The stronger the algorithm on which the random number is generated, the harder it is for a threat group to crack and guess the number based on known patterns.

Test
Dreamstime
Oberlin College’s activist community is ready to call it quits. Progressive students are dropping out of college, citing academic and emotional difficulties stemming from their mental health problems and overall disgust with the toxic culture on campus.

That’s according to a fascinating piece for The New Yorker by Nathan Heller, who interviewed a number of exhausted activists at Oberlin. They perceive that other students, faculty members, and the administration are completely against them, and have made it impossible for them to live on campus. Some are dropping out.

Of course, some of these students probably feel unsupported because their impractical demands were not realized. Two examples: activist students not only wanted to abolish all grades below a ‘C,’ they also thought faculty members should proactively offer them alternatives to taking a written, in-class midterm exam. Here is the testimony of Megan Bautista, who identifies as an Afro-Latinx student:

Because it might make some students feel bad, students who are members of the National Honor Society have been told they can’t wear the group’s emblem on their outfit for graduation.

A parent of one of the exceptional students, Kelly Ann Frederick, said school officials want everyone to feel “included” on graduation day and not single out any students in particular.

This has disappointed students who not only achieved honors status, but went through the rigorous requirements to be in the National Honor Society (NHS). In order to be admitted, students not only have to maintain a high GPA, but perform regular community service every year, National Review is reporting.  “I’m not just an honor student,” Garrett Frederick said, “I’m a NHS student. I worked hard, I put in the hours.”

Study—Asteroids Delivered Most of Moon’s Water

Researchers may have pinpointed the origin of water on the moon.

Asteroids could actually be responsible for 80 percent of the liquid housed within the planet’s interior, according to a new study. Previous theories credited comets as the primary delivery mechanism for water on the planet after hydrogen atoms were discovered in moon samples six years ago.

An international team of researchers made this conclusion by analyzing the chemical composition of moon samples and then comparing them to known lists of asteroid and comet components, reported Popular Science.

A super speciality hospital in Delhi is currently treating Vaibhav (name changed on parents’ request), who has been diagnosed with a rare condition called precocious or early puberty.

The toddler’s parents noticed disturbing physical changes when Vaibhav was six months old. Not only was he taller than other children his age, his genitals too had started growing abnormally.

“We thought maybe he was just a big baby, so we did not take him to the doctor. But by the time he was one, it was apparent there was something wrong. My mother-in-law, who has taken care of several children in the family, also said that his growth seemed unnatural. That is when we took him to the doctor,” said his mother.

Vaibhav was taken to a doctor when he was 18 months old. By then, he was 95cm tall, 10-15cm taller than children his age, and had already started getting facial and body hair. His voice had also started breaking, and he had fully developed sexual organs. 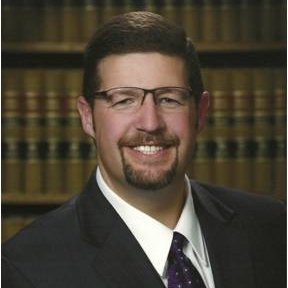 In an address to members of the Federalist Society at the South Texas College of Law that was posted to YouTube on 15 April 2016, Department of Defense (and probable NSA) polygraph operator Brian R. Morris mentioned that in the aftermath of NSA whistleblower Edward Snowden’s revelations, the Department of Defense tripled the number of polygraph screening examinations that it conducts annually. At 3:45 Morris begins speaking about polygraph screening and notes:

I got the number of internal exams that the DoD ran whether they’re applicants or current employees trying to maintain their security clearance, from May 2010 to April 2011, over 43,000 internal exams. That’s pre-Edward Snowden. Post-Edward Snowden, that number’s tripled….

Turns Out That Maybe You Shouldn’t Trust the ‘Media’

In December 2013, a journalist named Andrew Dwight emailed Rori Donaghy, a journalist with Middle East Eye and a founder of the Emirates Center for Human Rights, which focuses on abuses in the United Arab Emirates.

“I have been trying to reach you for comment and I am hoping that this e-mail reaches the intended recipient,” Dwight wrote, explaining that he was working on a book about his experiences from the Middle East. “My focus is on human factors and rights issues in seemingly non-authoritarian regimes (that are, in reality, anything but). I was hoping that I might correspond with you and reference some of your work.”

The email concluded with a link to an article Dwight wanted to discuss. Donaghy clicked on it, but it wasn’t an innocent connection to a webpage. That link was instead part of an elaborate Internet infrastructure set up to scan computers for vulnerabilities, allowing hackers to later target them with so-called spyware, software that can be used to monitor a computer and its users.

Social Media Could Be Driving You To Drink

Sure, the urge to hit the bottle after seeing yet another pro-Trump Facebook status from your least favorite relative makes total sense. But what about the subconscious desire a beer ad might inspire? A new study from Michigan State University published in the Journal of Interactive Advertising found that alcohol ads on social media may drive you to drink—more than TV commercials.

The research is significant in that it differs from findings in past studies on alcohol advertising‘s immediate effects on college-aged students. When the medium was TV, researchers found little correlation, raising the theory that social media platforms exert a greater degree of influence.