Utah Man Who Sued for Right to Marry His Computer: ‘This Is Not a Game’

Chris Sevier has filed a lawsuit after his application for a marriage license that would have allowed him to marry his computer was declined.

“This is not a game, OK, this is not some kind of funny scenario,” Sevier said.

Sevier made his intentions known and went to Utah County Clerk Bryan Thompson to ask for a marriage license.

“In this day and age nothing surprises me anymore,” Thompson said. “I’ve been in this office long enough, I’ve seen lots of different things, but I just said, ‘No, I legally cannot do that.'”

Since 2008, the National Center for Missing & Exploited Children (NCMEC) has offered to share with ISPs a list of hash values that correspond to known child abuse images.

That list, which was eventually coupled with Microsoft’s own PhotoDNA technology, has enabled companies like Google, Microsoft, ISPs and others to check large volumes of files for matches without those companies themselves having to keep copies of offending images, and without human eyes having to invade users’ privacy by scanning their email accounts for known child abuse images.

Earlier this month, the Counter Extremism Project (CEP) unveiled a software tool that works in a similar fashion and urged the big internet companies to adopt it.

Instead of child abuse imagery, the version the group unveiled works to tag gruesome, violent content spread by radical jihadists to use as propaganda or for recruiting followers for attacks.

And instead of just focusing on images, the new, so-called “robust hashing” technology encompasses video and audio, as well.

It comes from Dartmouth University computer scientist Hany Farid, who also worked on the PhotoDNA system.

The algorithm works to identify extremist content on internet and social media platforms, including images, videos, and audio clips, with the aim of stopping the viral spread of content illustrating beheadings and killings.

Google found not guilty of stuffing kids with tracking cookies

Posted on July 3, 2016 by binghamboatwright
by Lisa Vaas

In the US, it’s illegal to gather the personal information of children under the age of 13 without informing parents and getting their permission.

And yes, Google has, in fact, been serving up ads targeted to kids.

But a US appeals court this week let Google off the hook for serving those kids bad data-collecting cookies without parental permission, given that the company didn’t directly gather the kids’ info – rather, it was given the data by Viacom’s Nick.com servers.

In a 3-0 decision this week, the court said that it had interpreted the 1988 Video Privacy Protection Act to hold that…

…the law permits plaintiffs to sue only a person who discloses [personally identifiable video viewing details], not a person who receives such information.

And in this case, Google’s the receiver, and Viacom’s the one who threw that cookie football.

The court drew a parallel to the case that inspired the Video Privacy Protection Act: the leaking of Supreme Court nominee Robert Bork’s video rental history.

#NeverTweet is a popular hashtag used by people who often tweet, even though they know how easy it is for 140 ill-advised characters to get someone in trouble. It’s wise and rarely followed advice.

For one man, it’s also a court order.

Kyler Schmitz, a Virginia man who works as an Uber driver, is accused of tweeting death threats to at least one U.S. senator, Missouri’s Roy Blunt specifically, and to Republican members of Congress in general. He was arrested last Friday. According to Politico, his alleged Twitter account (now suspended) tweeted things like “I am literally going to buy a gun shoot you in the face I watch your brains splat” and “I am coming for you” to Blunt and North Dakota senator John Hoeven, respectively. It also, Gawker reported, tweeted at the GOP’s House and Senate accounts that “I can’t wait to shoot you in the face one by one.”

Stoic to the end, Garrison Keillor has signed off from the public radio show he created 42 years ago, A Prairie Home Companion. Keillor delivered one more report about his imaginary Lake Wobegon and concluded, as he always did, with “That’s the news from Lake Wobegon, where all the women are strong, all the men are good looking, and all the children are above average.” In a letter shared with the audience at the Hollywood Bowl in Los Angeles, the 73-year-old radio icon wrote of the many kind message he has received from longtime fans, “It’s very sweet. Also confusing, since I was never a big fan of the show myself. I enjoyed doing the show — it was the only social life I had — but the show was never as good as I wanted it to be, and that’s just a fact.”

Body of evidence: Biometrics and YOU 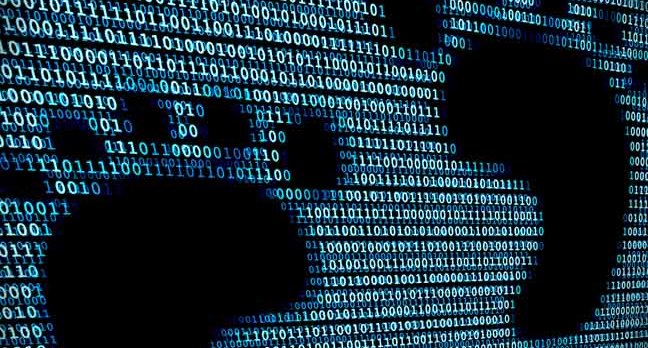 The proliferation of password protection has become an assault on the senses. The rise of biometric authentication is helping to create some balance, enabling verification with a simple interaction, which, for many, is the fingerprint reader on a mobile phone. And once you start using the fingerprint/phone combo for NFC payments, the convenience it offers soon becomes habitual.

So, no passwords, no pain – battery life notwithstanding, of course.

Biometric methods of user verification are, as the science implies, going to get the measure of one’s biology – something that’s unlikely to change, except by accident or deliberate design.

One of the higher profile facial recognition payment implementations has been the MasterCard Identity Check app, better known as “selfie pay”, piloted in Canada and the Netherlands for corporate card holders. Setting up requires you blink as you prepare to take a selfie. Fingerprint detection is also an option, but as not all phones have these readers and yet every phone these days has a camera, facial recognition to verify payments would seem set to mushroom.

(Newser) – For the first time, scientists have successfully implanted living bone grown in a laboratory, Live Science reports. And while those implants were in miniature pigs, not humans, it’s pretty impressive nonetheless. Scientists removed part of the jaw bones of 14 pigs, carved cow thighbones into the right shape, removed all the cells from the cow bones, saturated the cow bones with stem cells from the pigs, and left the bones to grow in the lab. When the new, living bones were implanted in the pigs, they showed impressive regrowth and returned the jaw to full strength, according to Science Magazine. “The pigs woke up, and a half-hour later they were eating,” researcher Gordana Vunjak-Novakovic tells the New York Times. “We thought they would be in pain. But no, they’re doing great.”

(ANTIWAR) The US Embassy to Iraq has announced that the US government has secured a $2.7 billion loan to the Iraqi government to pay for their ammunition and equipment maintenance during the ISIS war. The loan will have a term of eight and a half years at a 6.45% interest rate.

The deal is part of the US Foreign Military Finance (FMF). The same program provided Iraq with upwards of $4 billion during the previous US occupation of Iraq, though in that case the money was in grant form, and not to be paid back.

This diagram depicts the way a mid-infrared laser (red cylinder, left) can send a beam through the atmosphere that generates filaments of ionized air molecules (multicolored beam, center, shown with magnified view). These filaments, which can be kilometers long, help to keep the beam concentrated enough to generate mid-infrared light in air (blue cloud, right) that can reveal detailed chemical composition through spectral analysis (chart at right) of the light picked up by a mid-infrared detector (bottom). Diagram courtesy of the researchers

Researchers at MIT and elsewhere have found a new way of using mid-infrared lasers to turn regions of molecules in the open air into glowing filaments of electrically charged gas, or plasma. The new method could make it possible to carry out remote environmental monitoring to detect a wide range of chemicals with high sensitivity.

The new system makes use of a mid-infrared ultra-fast pulsed laser system to generate the filaments, whose colors can reveal the chemical fingerprints of different molecules. The finding is being reported this week in the journal Optica, in a paper by principal investigator Kyung-Han Hong of MIT’s Research Laboratory of Electronics, and seven other researchers at MIT; in Binghamton, New York; and in Hamburg, Germany.

Hong explains that such filaments, as generated by lasers in the near-infrared part of the electromagnetic spectrum, have been widely studied already because of their promise for uses such as laser-based rangefinding and remote sensing. The filament phenomenon, generated by high-power lasers, serves to counter the diffraction effects that usually take place when a laser beam passes through air. When the power level reaches a certain point and the filaments are generated, they provide a kind of self-guiding channel that keeps the laser beam tightly focused.