Police in Plainfield, New Jersey say a 27-year-old man defecated in his pants so that officers would not place him under arrest over the weekend.

Officers responded to a report of a disorderly man at 4:21 a.m. Sunday on the 800 block of North Wood Avenue.

Arriving officers observed 27-year-old Kyle Chambliss, of Plainfield, talking loudly on his cell phone while sitting in a vehicle.

They reportedly smelled alcohol coming from Chambliss and asked him to step out of his car.

After being told to end his phone call and speak to them, he allegedly became aggressive towards the officers.

When he was told he was being placed under arrest, they say Chambliss told them he had to defecate himself and proceeded to do so to keep the officers at bay.

The Engineering of Consent

A man who falsely claimed for decades to be a CIA agent and worked as the FOX News “Terror Expert” has now been sentenced to 33 months in prison, according to prosecutors, as cited by Reuters.

“Wayne Simmons is a fraud,” U.S. Attorney for the Eastern District of Maryland, Dana Boente, flatly stated. “Simmons has no military or intelligence background, or any skills relevant to the positions he attained through his fraud.”

Simmons had previously listed himself as a “CIA operative,” and had appeared as a guest contributor since April 2003 under that assumed role. Reuters noted a grand jury indicted the former Fox News contributor in October for fraudulently posing as an “Outside Paramilitary Special Operations Officer” for the Central Intelligence Agency for decades — from 1973 until 2000.

According to the statement, Simmons’ jobs during that period had nothing at all to do with the CIA. This FOX News expert’s previous jobs included nightclub doorman, bookie, manager of a rent-by-the-hour hot tub business, mortgage broker and defensive back for the National Football League’s New Orleans Saints.

Simmons didn’t just fool the fools at FOX News either. The US government sought out this former doorman’s expertise as well. According to the statement, Simmons defrauded the government in 2008 when he got work as a team leader in an Army program, and again in 2010 when he was deployed toAfghanistan as an intelligence adviser. 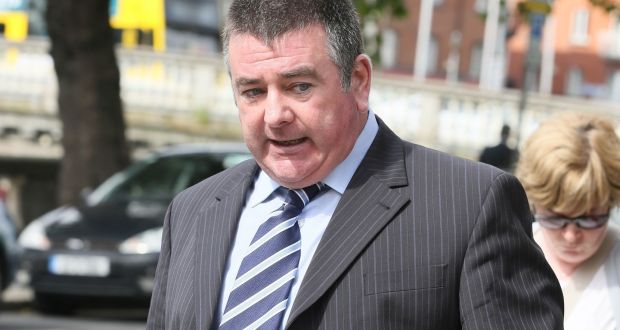 A man who claimed he suffered injuries and his life was ruined after a bread delivery man allegedly punched him in the bottom has lost his High Court action for damages.

John Rice (49), a former retail security officer would probably go to his grave believing an injustice had occurred but Mr Rice should “put matters behind him”, Mr Justice Kevin Cross said.

Mr Rice, Parkview, Brackenstown Road, Swords, Dublin, who represented himself, faces a substantail legal bill after costs of the three day action were awarded against him.

The judge said Mr Rice has not worked and has been on social welfare since the incident and believed “his life has effectively been ruined by the incident”.

Before the alleged incident, the relationship between the two men was one of “banter, high fives and back slapping”, he said.

Mr Rice claimed he suffered severe personal injuries when Mr Muddiman allegedly assaulted him as he was checking in the produce being delivered. He claimed he was punched in the buttocks and right hip with a closed fist. He also alleged there had been a previous similar type incident with Mr Muddiman.

Colorado deputies free bear that apparently locked itself inside car

NOW PLAYING
How did he get in? Puzzled officer rescues bear stuck in car
Authorities in Colorado were involved in a wild incident Tuesday morning after a bear broke into a girl’s car.

Jefferson County Sheriff’s deputies were called to a scary situation in Genessee. A 17-year-old girl called police after a bear climbed into her Subaru and began to rip the seats and the ceiling.

Deputies Josh Tillman and Brian McLaughlin arrived on the scene to find the bear still locked inside the vehicle. According to KDVR-TV, McLaughlin recorded a video on his cellphone showing the animal breathing on the glass and putting its paw on the window.

Tillman said the bear was “jumping from the back to the front running around as much as he could destroying about everything trying to get out.”

DALLAS (CBSDFW.COM) – Dozens of people were burned Thursday night after walking over hot coals at a Tony Robbins motivational seminar in Dallas, and at least five of those hurt had to be hospitalized, officials said.

Ambulances were lined up outside the Kay Bailey Hutchison Convention Center just after 11 p.m. Five participants with more seriously injuries were taken to the Parkland Hospital Burn Center.

Members of Dallas Fire-Rescue also asked that a Dallas Area Rapid Transit (DART) bus be used as a staging-area for between 30 and 40 people who were less seriously hurt.

According to event organizers, more than 7,000 people attended the event.

Robbins isn’t speaking publicly about what might have gone wrong, but his organization, Robbins Research International, issued a statement that said, in part:

3 Kids Vanished in 1966. Police Still Get Hundreds of Tips

(NEWSER) – On Jan. 26, 1966, Australian Jane Beaumont, 9, had been tasked with watching her two younger siblings at the Glenelg beach, as she had done on past occasions. Except this time, Jane, 7-year-old Arnna, and 4-year-old Grant never returned to their suburban Adelaide home. Though police had some clues to work from—OZY reports the children were seen speaking to a blond man, bought a meat pie with money their parents say they didn’t leave the house with, and were seen heading home by a postman—the truth of their disappearance persists more than 50 years later in a case that forever altered the way Australians parented. In January, international coverage amped up again as the 50-year anniversary approached; one particular development led authorities to hunt down details of an already deceased suspect. It didn’t pan out.