(Newser) – Irom Sharmila hasn’t eaten in 16 years. Since November 2000, the 44-year-old activist from Manipur, India, has been force-fed through a tube in her nose in a hospital prison cell as she protests the country’s Armed Forces Special Powers Act, which gives security forces freedom to kill suspects in the northeast and Kashmir. But on Aug. 9, what is believed to be the world’s longest hunger strike will come to an end. Sharmila—known as the Iron Lady of Manipur—says she will give up the fast, marry her fiancé, and enter politics to “get our voices heard,” reports the Indian Express. “The government has not been listening to our voices and has been suppressing our movement,” she says. State assembly elections will take place in February, reports Quartz. It is believed Sharmila will run as an independent candidate.

The Veterans Affairs administration spent $20 million on expensive artwork and sculptures amidst the healthcare scandal, where thousands of veterans died waiting to see doctors.

The taxpayer watchdog group Open the Books teamed up with COX Media Washington, D.C., for an oversight report on spending at the VA, finding numerous frivolous expenditures on artwork, including six-figure dollar sculptures at facilities for the blind.

“In the now-infamous VA scandal of 2012-2015, the nation was appalled to learn that 1,000 veterans died while waiting to see a doctor,” wrote Adam Andrzejewski, the founder and CEO of Open the Books, in an editorial for Forbes. “Tragically, many calls to the suicide assistance hotline were answered by voicemail. The health claim appeals process was known as ‘the hamster wheel’ and the appointment books were cooked in seven of every ten clinics.”

“Yet, in the midst of these horrific failings the VA managed to spend $20 million on high-end art over the last ten years—with $16 million spent during the Obama years,” Andrzejewski said.

Meet Mohit Kumar, a 10-year-old boy from Manaitand, India, who has been feasting on dog milk ever since he was four. His parents are desperate to get him to stop sucking the milk of stray bitches in their town, but so far they’ve been unable to find a way.

Mohit was weaned at two years, but at the age of four he developed a rather strange habit – sucking the milk of stray bitches. “Once Mohit was playing with stray dogs outside and happened to suck on the breasts of a bitch. Since then he does the same whenever he gets a chance to do so,” his mother Pinky says. “Bitches of the area have also taken a liking to him and feed him whenever Mohit wants them to.” His worried parents don’t even allow the boy to go outside without supervision, for fear that he will seek out stray bitches to get his milk fix, but he sometimes gives them the slip. “We do not even allow him to go to school fearing that this habit may only get worse,” Pinky adds.
source http://www.odditycentral.com/pics/ten-year-old-indian-boy-is-addicted-to-dog-milk.html

Give .gay to the gays, roars exiting ombudsman 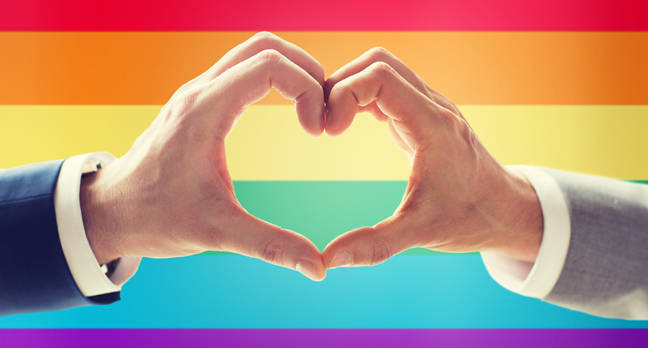 ICANN has used his last day on the job to fire a broadside over the “.gay” top-level domain.

In a ruling published on his own website, Chris LaHatte argues that the organization’s board should reject a recommendation by its own governance committee (BGC) and should grant special community status to one of the four applicants for .gay, effectively handing it control of the registry.

LaHatte argues that a recent acceptance by ICANN that it should incorporate human rights principles into its functioning means that it should negate the circular logic that has led the organization to repeatedly reject Dot Gay LLC’s bid.

“I recommend that the board looks at the bigger picture beyond the BGC recommendation,” LaHatte wrote, pointing out that the ICANN board is not obliged to follow its governance committee’s recommendations. “The board should grant the community application status to the applicant and put an end to this long and difficult issue.”

The issue has indeed been long and difficult. It has been nearly five years since Dot Gay LLC – which is endorsed by an enormous number of gay organizations across the globe – applied for the internet extension. It was seen by many as a shoo-in for the special “community” status that was created to enable groups of people to gain control of their relevant online space without having to go up against large corporations.

In .gay’s case, the three other bidders are commercial organizations that have applied for, and also run, dozens of other top-level domains.

There was some surprise then when back in 2014, Dot Gay’s bid was rejected by the Economist Intelligence Unit (EIU) – which has been hired by ICANN to review community applications – for not being gay enough.

There was no “nexus between proposed string and community,” the EIU argued. “The group of self-identified gay individuals globally is estimated to be 1.2 per cent of the world population (more than 70 million), while the application states that the size of the community it has defined … is 7 million. This difference is substantial and is indicative of the degree to which the applied-for string substantially over-reaches beyond the community.”

What made the decision all the more peculiar was that the EIU approved community applications for a number of other names that were clearly commercial entities – and so appeared to be undermining the entire idea behind the community status. Among those approved were .radio, .hotel and .Osaka.

Seven bikes lean against the wall of Jim Papadopoulos’s basement in Boston, Massachusetts. Their paint is scratched, their tyres flat. The handmade frame that he got as a wedding present is coated in fine dust. “I got rid of most of my research bikes when I moved,” he says. The bicycles that he kept are those that mean something to him. “These are the ones I rode.”

Papadopoulos, who is 62, has spent much of his life fascinated by bikes, often to the exclusion of everything else. He competed in amateur races while a teenager and at university, but his obsession ran deeper. He could never ride a bike without pondering the mathematical mysteries that it contained. Chief among them: What unseen forces allow a rider to balance while pedalling? Why must one initially steer right in order to lean and turn left? And how does a bike stabilize itself when propelled without a rider?

He studied these questions intensely as a young engineer at Cornell University in Ithaca, New York. But he failed to publish most of his ideas — and eventually drifted out of academia. By the late 1990s, he was working for a company that makes the machines that manufacture toilet paper. “In the end, if no one ever finds your work, then it was pointless,” he says.

The Democrats’ campaign against Donald Trump consists mostly of branding him a bigot. Thus, they have sent out many emails like this one:

Stop bigotry! No details are necessary.

The Associated Press was once a straightforward, relatively nonpolitical news source, but those days are long gone. Now some of the most hard-core Democratic Party advocacy comes from the AP. Thus, it is no surprise that the AP is trying to advance the Democrats’ narrative that Trump is a bigot.

On July 22, the AP headlined: “Critics: Trump speech signals shift to coded race language.” This is an old trick–make a “news story” out of what critics say. The occasion was Trump’s convention acceptance speech. And, of course, talking about “coded” language allows reporters to impute to politicians things they never said, based on their enemies’ fantasies.

Black Lives Matter, but So Does the Truth

On Tuesday night delegates at the Democratic National Convention in Philadelphia heard from the mothers of seven African Americans whose deaths have fueled the Black Lives Matter movement. Their stories illustrate the movement’s legitimate grievances as well as the myths and bogus arguments that alienate potential allies.

Four of the seven deaths happened after encounters with police. But in the best-known case, the 2014 shooting of 18-year-old Michael Brown in Ferguson, Missouri, the Justice Department found that the evidence supported the officer, Darren Wilson, who said Brown punched him and tried to grab his gun.

In the other three cases, police either clearly or arguably used excessive force. The clearest example of unnecessary force involved Sandra Bland, who was found dead, apparently by suicide, in a Texas jail last year, three days after Trooper Brian Encinia pulled her over for changing lanes without signaling.

Dashcam video of the traffic stop showed Encinia lost his temper and needlessly escalated the situation, leading to an arrest that should never have happened. Encinia was fired after a grand jury indicted him for lying in his report on the incident.

Eric Garner died of a heart attack in 2014 after he was tackled by New York City cops trying to arrest him for selling untaxed cigarettes. Video of the encounter showed that Garner, whose death was classified as a homicide, repeatedly complained that he could not breathe. A grand jury declined to indict Daniel Pantaleo, an officer who used what looked like a prohibited chokehold, in connection with Garner’s death