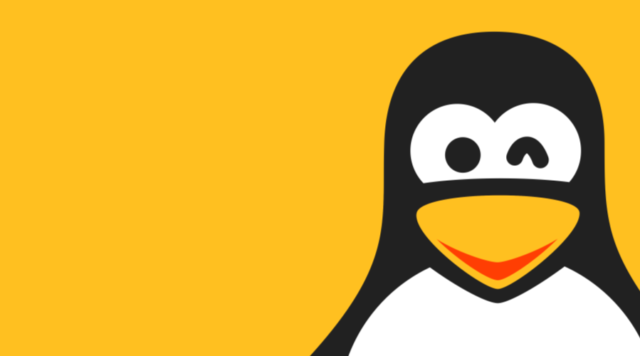 Just open the terminal and run the following command:

Source: How To Find Linux Kernel And Distro Release Version On Any Linux System 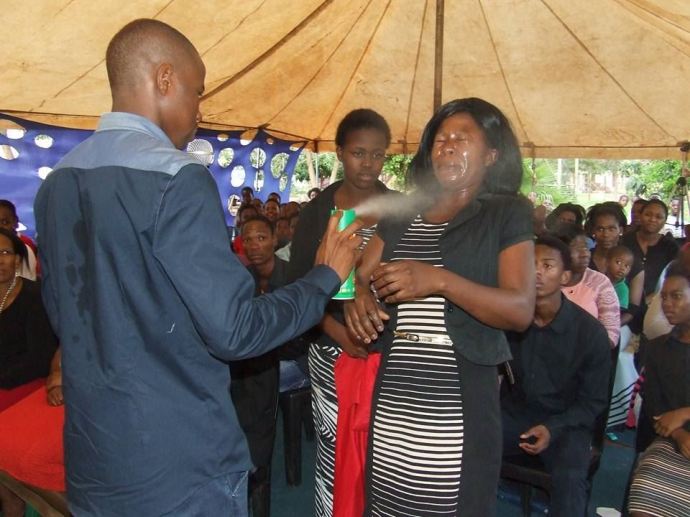 ShrinkThe “Prophet of Doom” at work. (Mountzion General Assembly)(Newser) – A South African pastor is under fire for his crazy-sounding manner of healing his flock: He sprays insecticide into their faces. Lethebo Rabalago, 24, of Mountzion General Assembly says spraying an insecticide called Doom on his followers can cure them of cancer, HIV, and other ailments. Known as the “Prophet of Doom,” Rabalago is seen in Facebook photos doing just that, reports Times Live. In one case, he sprayed the eyes of a woman with an eye infection, and he insists she was “just fine because she believed in the power of God,” he tells the BBC. In another, he sprayed the face of a woman with an ulcer and “she received healing and deliverance,” the church says. Among those not happy with all this? The maker of Doom. 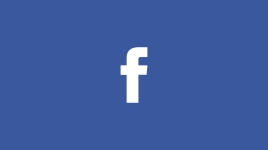 Malware spreading via Facebook has become a rare occurrence, but it does still occasionally crop up.The latest instance has been noticed by malware researcher Bart Blaze, and takes the form of image files (.svg files, to be exact) that are being automatically sent from compromised user accounts:malware image facebookSVG files are image files that can have embedded in them content such as JavaScript, and can be opened by browsers. In this particular case, the script in the image redirects users to a site posing as YouTube that says that in order to view the video, the user must install a specific codec extension.The plugin in question (for Google Chrome) can change users’ data on the websites they visit, i.e. it’s the tool that sends out the message with the SVG file to other users. 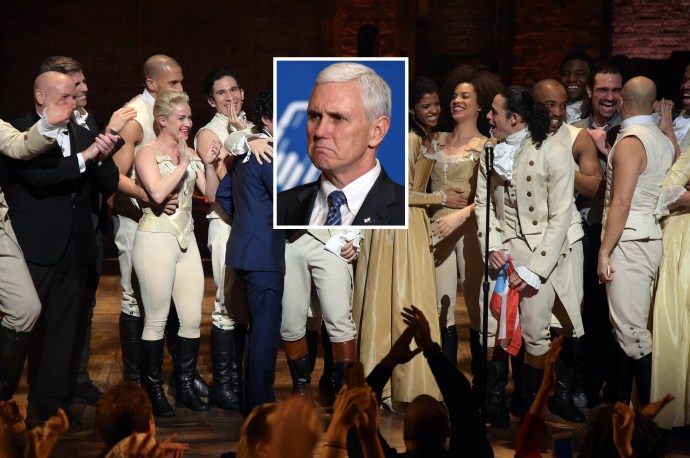 A day after President-elect Donald Trump accused the “highly overrated” Hamilton cast of “harassing” Vice president-elect Mike Pence for delivering him a personal message on stage, Trump supporters called for a boycott of the popular Broadway show on social media.

But the call to action drew mockery from wealthy entertainment personalities, who pointed out that working class Americans couldn’t afford tickets to the show anyway.

Youtube star and comedian Franchesca Ramsey took to Twitter to sneer at those who launched the boycott, saying it was useless since they probably couldn’t buy tickets. She said “how you gonna #BoycottHamilton when you can’t afford tickets in the first place?”

Surgeon general report: ‘Addiction is not a character flaw’ – SFGate 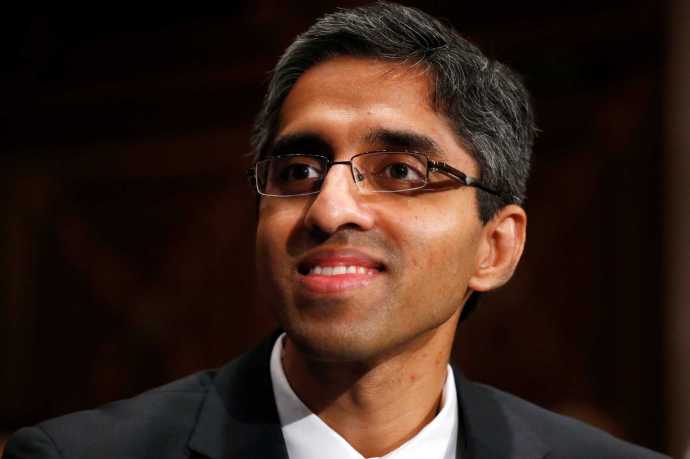 In what may be his last significant act as President Barack Obama’s surgeon general, Dr. Vivek Murthy released a report Thursday calling for a major cultural shift in the way Americans view drug and alcohol addiction.The report, “Facing Addiction in America,” details the toll addiction takes on the nation — 78 people die each day from an opioid overdose; 20 million have a substance use disorder — and explains how brain science offers hope for recovery. While its findings have been reported elsewhere, including by other federal agencies, the report seeks to inspire action and sway public opinion in the style of the 1964 surgeon general’s landmark report on smoking.With President-elect Donald Trump taking office, it’s uncertain whether access to addiction treatment will improve or deteriorate. Trump and the Republican-led Congress are pledging to repeal and replace the 2010 Affordable Care Act, which made addiction treatment an essential health benefit.In an interview Wednesday, Murthy said he hasn’t spoken to Trump but looks forward to working with his administration to save lives with expanded access to treatment.”We have made progress,” Murthy said. “How do we keep that progress going? A key part is making sure people have insurance coverage.”

Mass production was key to survival during the Second World War. So much stuff was made that there continues to be volumes of new unpacked stuff left over and tons of used equipment for sale at reasonable prices. Availability of this war surplus provided experimenters in the mid 20th century with access to high performance test equipment, radio equipment, and high quality components for the first time.Even today this old stuff continues to motivate and inspire the young generations because of its high build quality, unique electro-mechanical approaches, and overall innovative designs which continue to be relevant into the 21st century. In this post we will show you how to get started in the hobby of resurrecting WW2 radio equipment and putting it back on the air.The ARC-5, Your First ReceiverMany amateur radio operators became interested in the hobby after being given an old ARC-5 ‘command set’ receiver. These radios were typically used for communication between aircraft within a formation, hence the name ‘command set’. There are many different receivers and transmitters within this line covering frequency bands from 190 KHz to 146 MHz, most of which are capable of tuning in AM, CW, and SSB (by adjusting the BFO).

Pulling Music Out Of The Airwaves 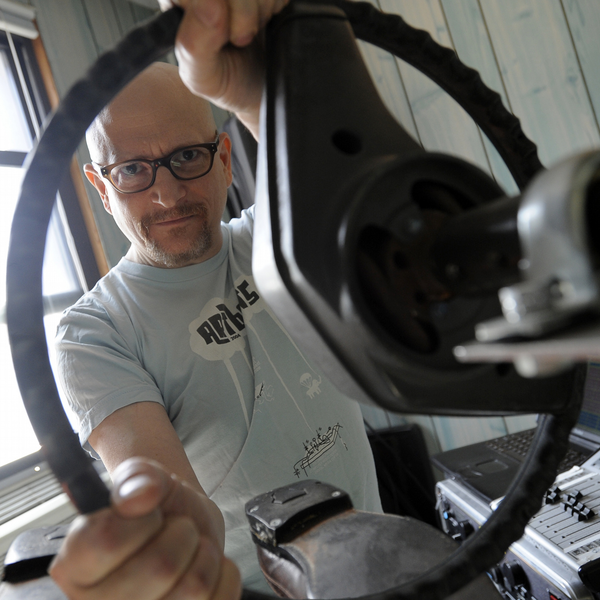 RADIO WONDERLAND is a one-man band with many famous unintentional collaborators. [Joshua Fried]’s shows start off with him walking in carrying a boombox playing FM radio. He plugs it into his sound rig, tunes around a while, and collects some samples. Magic happens, he turns an ancient Buick steering wheel, and music emerges from the resampled radio cacophony.It’s experimental music, which is secret art-scene-insider code for “you might not like it”, but we love the hacking. In addition to the above-mentioned steering wheel, he also plays a rack of shoes with drumsticks. If we had to guess, we’d say rotary encoders and piezos. All of this is just input for his computer programs which take care of the sampling, chopping, and slicing of live radio into dance music. It’s good enough that he’s opened for [They Might Be Giants].Check out the videos (embedded below) for a taste of what a live show was like. There are definitely parts where the show is a little slow, but they make it seem cooler when a beat comes together out of found Huey Lewis. We especially like the “re-esser” routine that hones in on the hissier parts of speech to turn them into cymbals. And if you scan the crowd in the beginning, you can find a ten-years-younger [Limor Fried] and [Phil Torrone].

Source: Pulling Music Out Of The Airwaves | Hackaday

(NEWSER) – Three young men turned a pet monkey loose on a schoolgirl, they were then killed in revenge, and now, after four days of violence, nearly two dozen are dead (numbers cited are between 16 and 20 so far) and 50 wounded in a conflict-ridden Libyan city, health officials and activists tell Reuters and the AP. “There was an escalation on the second and third days with the use of tanks, mortars, and other heavy weapons,” one local tells Reuters. Residents say the incident in Sabha kicked off when the monkey, belonging to a shopkeeper with the Gadhadhfa tribe, was set upon a group of schoolgirls walking past, per Al Jazeera. The monkey is said to have torn off a high school girl’s headscarf and scratched and bit her—which reportedly led to the girl’s family, members of the Awlad Suleiman tribe, killing the three men, as well as the monkey.

Which of the FBI’s seven types of protester are you?

Do you keep a cool head in the crowd, or are you more the “some people just want to watch the world burn” type?Written by JPat BrownEdited by Beryl LiptonAs part of their excellent ongoing coverage of the #NoDAPL protests, the folks at Unicorn Riot received a copy of the FEMA crowd control manual being passed around to local cops. In the section of “crowd dynamics,” the manual identifies the seven “types” of protesters recognized by the FBI.Let’s find out which one you are!Are you …The street-fighting man?The punctual henchman?The “Give a man a mask and he’ll tell you the truth”?The FOMO?The “Got work in the morning so I can’t get arrested”?The Miranda?Or finally, the “Some men just want to watch the world burn”?Or maybe, just maybe, you’re the eighth type, conspicuously absent from this list: the person with a legitimate grievance against authority demonstrating peacefully as per their constitutional right.Read the full FEMA guide is embedded below, or download a copy from the request page:

Source: Which of the FBI’s seven types of protester are you?

Senators Want FCC to Crack Down on ‘Harmful Zero-Rating Offerings’ 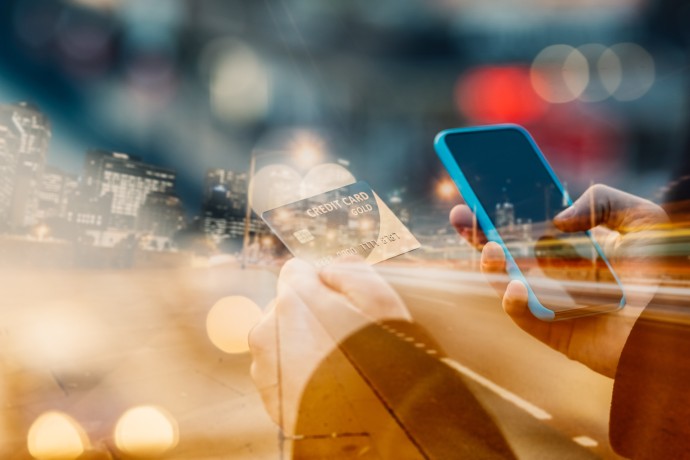 Sens. Bernie Sanders (I-Vt.), Elizabeth Warren (D-Mass.) and Ron Wyden (D-Ore.) are among seven senators who urged the Federal Communications Commission on Friday to take enforcement actions against companies offering “harmful zero-rating” plans.“Without proper oversight and enforcement action, zero-rating can discriminate against certain services, potentially distorting competition, stifling innovation, and hampering user choice and free speech,” the senators wrote in their letter to FCC Chairman Tom Wheeler. “When ISPs, not the consumer, choose online winners and losers, the very core tenants of net neutrality could be disrupted.”Zero-rating allows customers to use data for certain applications or internet services free of charge in limited or metered data plans. Open internet advocates say those offerings violate the FCC’s net neutrality rules because they could “provide an unfair advantage to the provider of the content that is zero rated, compared to other content providers or potential new entrants.”

Hands-on with Play-Doh Touch, the app that brings kids’ creations to life

Play-Doh has come to the iPad. With the newly launched toy set for kids, Play-Doh 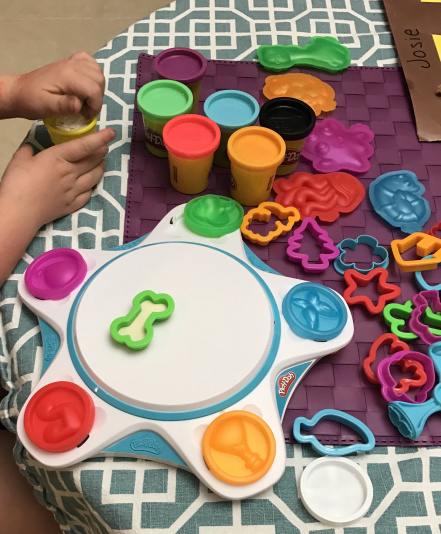 Play-Doh has come to the iPad. With the newly launched toy set for kids, Play-Doh Touch Shape to Life Studio, Hasbro has made a solid attempt at bringing the joy of Play-Doh to digital through an iOS app that brings kids’ creations to life. But the combination of physical play and digital is not a skill set that’s easily mastered even by top kids’ brands — just ask Disney Infinity.

And while Play-Doh itself holds up as the engaging and fun toy it’s been for decades, the Play-Doh Touch app fails to amuse after only a few minutes.

The idea is that kids can use Play-Doh to create as always – using scissors, stamps and molds – then place their resulting creations on a white surface where they’re scanned and ported into a digital world where they’ll actually come to life. That means you can create a cute green dinosaur, for example, then see him begin to hop around on the screen.

Source: Hands-on with Play-Doh Touch, the app that brings kids’ creations to life

Government Aims at 100% Internet Penetration in Rural India by 2018

The usage of internet has been growing steadily in India, especially since the advent of fast internet connections on mobile. According to latest government data, there was a total of 342.65 million internet subscribers at the end of March 2016, with 111.94 million users from rural areas.

Commodore Home – Your Smart Home For 1983

Coca-Cola has developed a selfie bottle with an inbuilt camera in the base The selfie craze has touched everybody who owns a smartphone! If the selfie stic