We’re not specialists, but the Maillardet Automaton is one of the more amazing mechanical machines that we’ve seen in a while, and [Fran Blanche] got to spend some time with it in an attempt to figure out how it’s mysterious missing pen apparatus would have worked. The resulting video, embedded below, is partially her narrative about the experiment she’s running, and part straight-up mechanical marvel.

If you need a refresher course on Maillardet’s Automaton, we’ll send you first to Wikipedia, and then off to watch this other video , which has a few great close-ups of the cams that drive everything.

And then come back to [Fran]’s video. Many parts of the machine, including the pen and his clothes, are missing. Because the machine’s hand moves in three dimensions, pressing down on the pen harder in the downstroke than on the upstroke, the pen’s construction is important for a faithful reproduction of the machine’s full abilities. [Fran] builds a weighted ball-point pen design to test out her theory that the missing pen was essentially a spring valve that feeds more ink when pressed down further.

Delete yourself from the internet by pressing this button

10,400 sharesThe internet can be a beautiful and horrible place at the same time, and it isn’t weird to sometimes feel like you want to leave — there’s wasn’t an easy way out, until now.Swedish developers Wille Dahlbo and Linus Unnebäck created Deseat.me, which offers a way to wipe your entire existence off the internet in a few clicks.When logging into the website with a Google account it scans for apps and services you’ve created an account for, and creates a list of them with easy delete links.

Source: Delete yourself from the internet by pressing this button

Linked – How the Elderly Are Finding Happiness Online

“Much has been written about the increase in loneliness and isolation that has accompanied the internet. This is said to be caused by shallow online friendships which are no substitute for genuine relationships. Being exposed to the heavily curated lives of others on social media has also been found to create feelings of depression and anxiety in some people. A recent academic study provides a more nuanced view, revealing that rather than leading to misery, the internet has made people happier. This is especially the case for the elderly and those with health problems who would otherwise have limited contact with a wider community. “I’ve long argued that the studies showing people who use the internet were more likely to be depressed were not catching the whole picture. Clearly it’s not just internet usage, but how we are connecting with others online that is impacting our mental health. I like that this study shows us that there are people out there using the internet to connect to others and improve their lives.

Source: Linked – How the Elderly Are Finding Happiness Online

YouTube’s community guidelines bans harmful, dangerous, violent and graphic content, as well as videos that violate copyright laws or that contain threats and that may incite others to commit violence.

According to The Washington Post, the action to terminate the account was taken in November because the North Korean government could earn money from YouTube through advertisements, which would in turn violate a U.S. directive that bans any person or company from doing business with the hermitted state.

Chewbacca Is Collared By Police Force 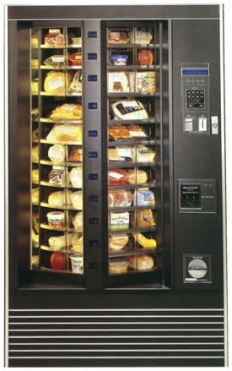 -A former employee of a Florida vending machine company dressed up in a Chewbacca costume and stole money from a pair of kiosks he previously maintained, according to cops who arrested the “Star Wars” devotee for grand theft.According to investigators, Darren Pickrem, 56, took a total of $623 from a pair of vending machines operated by Florida Fresh Vending. The heist occurred late last Sunday at an office in Largo and was captured by a security camera.“The defendant,” a felony complaint states, “was observed on video entering the above location in a ‘Chewbacca’ costume.”

Source: Chewbacca Is Collared By Police Force | The Smoking Gun

Realistic Sex Robots Could Kill off the Human Race

There’s not a day that passes that we don’t have a new reason to suspect humanity is dying off. Scientists have warned of the ‘sixth extinction‘ for decades, but now there is at least one man who believes an ostensibly beneficial innovation — sex robots — could lead to the human race getting screwed.This is not a Terminator scenario. If humans begin spending the majority of their intimate hours with sex androids, they will reduce both the energy and biological resources needed to perpetuate the human race. At the Second International Congress on Love and Sex with Robots, Swiss researcher Oliver Bendel issued the following, fairly simple, warning:“If the machine over-exerts the human, it reduces the possibility of human sex.”At first glance, this seems to be almost a tongue-in-cheek reference to loving your new toy just a little too much. However, there is actually some meat to the theory. If robots satisfy all of our sexual demands, we will be less reliant on physical intimacy with other humans.Consider also the coming virtual reality sex market, which will allow us to spend countless hours in fictional worlds that rival or supersede our wildest fantasies. Add this to a reduced need for the physical contact critical for most biological reproduction, and it’s easy to conclude that population rates may dramatically decrease in the coming decades.

Source: Realistic Sex Robots Could Kill off the Human Race 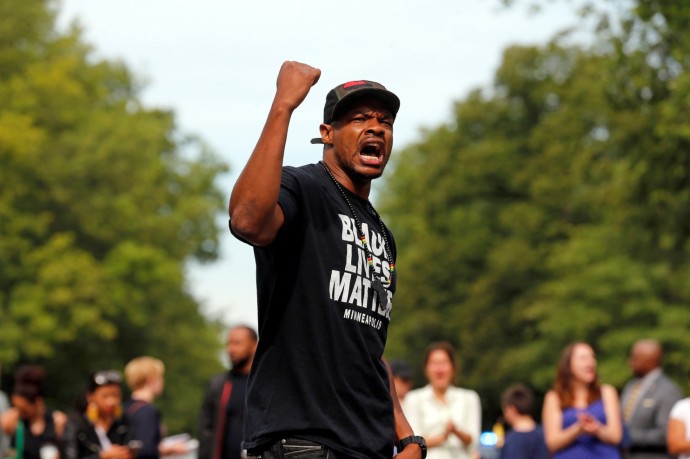 UPDATE, Wed., 6 p.m.: The Fraternal Order of Police has now sent a similar request to Amazon.com. Amazon did not respond to a request for comment.ORIGINAL POST: The president of the national Fraternal Order of Police, the country’s largest police organization, on Tuesday asked Walmart to stop selling t-shirts and sweatshirts which say “Black Lives Matter” and “Bulletproof” on the department store’s website. On Tuesday night, Walmart said it would remove the shirts which say “Bulletproof,” but not the “Black Lives Matter” shirts.“Black Lives Matter” is a slogan and protest movement which emerged after the death of Trayvon Martin in 2012 and police-involved slayings in 2014, and is seen as offensive by many in law enforcement. The website Breitbart.com posted an article last week which said that Walmart was “selling Black Lives Matter clothing and other items,” though the merchandise is actually being sold through Walmart’s website by Old Glory Merchandise, a music and entertainment apparel dealer out of Connecticut.