How To Undervolt A CPU To Increase PC Performance

All microprocessors, or Central Processing Units (CPUs) operate at a very specific voltage. However, given the colossal assembly line at which these processors roll out, some processor models are tested at voltages higher than they really need. There is a process called Dynamic Voltage Scaling, a power management technique where voltages of individual components inside a computer can be increased/decreased. You save power when the CPU consumes less of it. This also leads to your system not heating up as much meaning the fans will no have to work as hard. Here’s how to undervolt a CPU

Disclaimer: This process is straight forward and considered safe, but if you end up configuring the wrong thing, you could damage your PC. So do this exclusively at your own risk.

Note: This is laptop exclusive because extending battery life is not a concern for desktops. Even though the core methodology works for both PC and Android mobile, we will cover only PC, as Android needs to be rooted for this process. Lastly, this process requires patience, because there is a lot of testing involved.

PETA Says Milk is a ‘Symbol of White Supremacy’

PETA’s shenanigans vary from the absurd to the downright offensive. From likening rape survivors to pigs and cows, to calling Pokémon a form of animal cruelty, PETA’s efforts to “save the animals” always make the headlines—and with good reason: they’re completely absurd.

The animal rights group today released a new video to cry over milk, equating the nutritious drink with Nazism. Following the rise in Trump Derangement Syndrome and the progressive left’s hysteria over white supremacism, PETA states:

“Did you know that milk has long been a symbol used by white supremacists?”

It’s an alternative fact accompanied by an equally ludicrous video, which they published on social media. They call milk the neo-Nazi drink of choice, stating that it has “long been” a symbol used by white supremacist groups as a “thinly veiled allegory for racial purity.”

Somewhere between pagan magic, modern science and quirky satire, this installation project uses salt circles but also the logic of traffic lines to lure in and ensnare unsuspecting autonomous vehicles.

James Bridle‘s Autonomous Trap 001 employs familiar street markings found on divided highways – per the rules of the road, cars can cross over the dotted line but not back over the solid line. It sounds a bit absurd, but consider: driverless cars with various degrees of autonomy are already hitting the streets, and these do rely on external signals to determine their course. As these technologies gain traction, it is entirely likely that serious attempts will be made to spoof and deceive their machine vision algorithms. 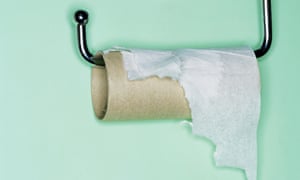 One of Beijing’s busiest public toilets is fighting the scourge of toilet paper theft through the use technology – giving out loo roll only to patrons who use a face scanner.The automated facial recognition dispenser comes as a response to elderly residents removing large amounts of toilet paper for use at home.

Now, those in need of paper must stand in front of a high-definition camera for three seconds, after removing hats and glasses, before a 60cm ration is released.

Those who come too often will be denied, and everyone must wait nine minutes before they can use the machine again.

Credit Suisse under fire as clients hunted for tax evasion

Swiss bank Credit Suisse (CSGN.S) has been dragged into yet more tax evasion and money laundering investigations, after a tip-off to Dutch prosecutors about tens of thousands of suspect accounts triggered raids in five countries.

Coordinated raids began on Thursday in the Netherlands, Britain, Germany, France and Australia, the Dutch office for financial crimes prosecution (FIOD) said on Friday, with two arrests confirmed so far.

The Dutch are “investigating dozens of people who are suspected of tax fraud and money laundering”, the prosecutors said, adding that suspects had deposited money in a Swiss bank without disclosing that to authorities.

British tax authorities said they had opened a criminal investigation into suspected tax evasion and money laundering by “a global financial institution” and would be focusing initially on “senior employees”, along with an unspecified number of customers.

Prosecutors in the German city of Cologne said they were also working with the Dutch. “We have launched an investigation against clients of a bank,” a spokesman said.

None of the authorities disclosed the name of the bank involved. However, Credit Suisse, Switzerland’s second-biggest bank, said local authorities had visited its offices in Amsterdam, London and Paris “concerning client tax matters” and it was cooperating.

How Do We Defeat Online Trolls?

I’m going to confess an occasional habit of mine, which is petty, and which I would still enthusiastically recommend to anyone who frequently encounters trolls, Twitter eggs, or other unpleasant characters online.Sometimes, instead of just ignoring a mean-spirited comment like I know I should, I type in the most cathartic response I can think of, take a screenshot, and then file that screenshot away in a little folder that I only revisit when I want to make my coworkers laugh.I don’t actually send the response. I delete my silly comeback and move on with my life. For all the troll knows, I never saw the original message in the first place. The original message being something like the suggestion, in response to a piece I once wrote, that there should be a special holocaust just for women.

Source: How Do We Defeat Online Trolls? – The Atlantic