The syringe slides in between the thumb and index finger. Then, with a click, a microchip is injected in the employee’s hand. Another “cyborg” is created.What could pass for a dystopian vision of the workplace is almost routine at the Swedish startup hub Epicenter. The company offers to implant its workers and startup members with microchips the size of grains of rice that function as swipe cards: to open doors, operate printers, or buy smoothies with a wave of the hand.The injections have become so popular that workers at Epicenter hold parties for those willing to get implanted.”The biggest benefit I think is convenience,” said Patrick Mesterton, co-founder and CEO of Epicenter. As a demonstration, he unlocks a door by merely waving near it. “It basically replaces a lot of things you have, other communication devices, whether it be credit cards or keys.” 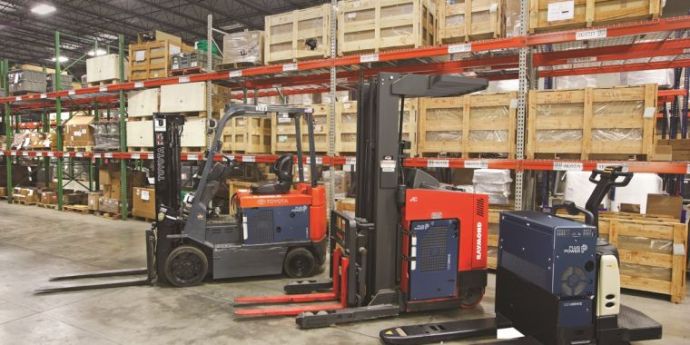 On Wednesday, hydrogen fuel cell company Plug Power announced that Amazon would be changing its battery-operated forklifts to hydrogen fuel cell-powered ones at 11 of its fulfillment centers. According to Reuters, Amazon secured the right to buy up to 23 percent of the company as well, which would make the online retailer one of the largest shareholders in the fuel cell company.Plug Power said in a press release that Amazon would be spending about $70 million in 2017 to purchase Plug Power’s GenKey systems, which include fuel cells for forklifts, stationary fuel cells for backup power, hydrogen fueling infrastructure and fuel, as well as customer support.Hydrogen fuel cells are seen as interesting alternatives to batteries because batteries can take a long time to recharge, whereas fuel cells are simply refilled, like filling up the gas tank in a car.

Source: Amazon will replace some of its battery forklifts with hydrogen fuel cell ones | Ars Technica

Yesterday, Facebook’s head of artificial intelligence, Yann LeCun, said that humans have nothing to fear regarding artificial intelligence potentially harming humanity. Why’s that? “We have a lot of checks and balances built into society to prevent evil from having infinite power,” LeCun said. Is that so, Mr. LeCun?We’re glad to see that LeCun is up and about after recovering from what we can only guess was an 18-month coma, but we’re concerned that he should probably be resting during this trying time. You can’t rush these things.Those “checks and balances” LeCun mentions are being tested in both the US and around the world at the moment with the global rise of fascism. And anyone arguing that we can rely on those checks and balances to prevent something like the robot apocalypse might be a bit more careful with their words.

Source: Facebook’s Head of AI Says Not to Worry Because Society ‘Prevents Evil From Having Infinite Power’ 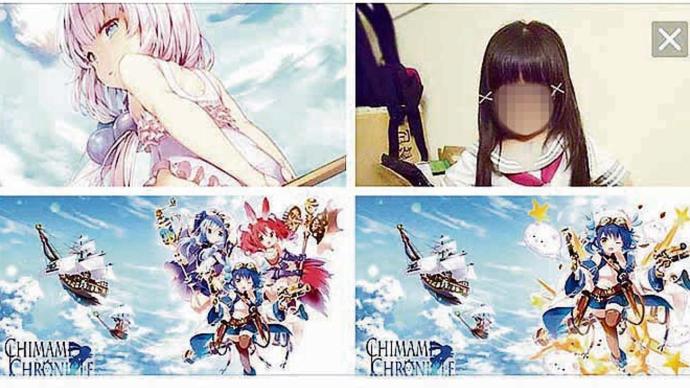 Facebook is at risk of a criminal prosecution in Britain for refusing to remove potentially illegal terrorist and child pornography content despite being told it was on the site, The Times can reveal.The social media company failed to take down dozens of images and videos that were “flagged” to its moderators, including one showing an Islamic State beheading, several violent paedophilic cartoons, a video of an apparent sexual assault on a child and propaganda posters glorifying recent terrorist attacks in London and Egypt. Instead of removing the content, moderators said that the posts did not breach the site’s “community standards”.Facebook’s algorithms even promoted some of the offensive material by suggesting that users join groups and profiles that had published it.

Beijing marathon to use facial recognition in cheating crackdown

Organisers of a marathon in Beijing are taking a ‘great leap’ in the fight against cheats – using facial recognition to stop impostors in their tracks.Marathon running is booming in China, where more than 300 races were staged last year as a fitness craze sweeps the country.But the fear of failure in the age of social media has seen some racers seek any means to ‘achieve’ a respectable finishing time – including not even taking part in the race.

Source: Beijing marathon to use facial recognition in cheating crackdown

Lansing no longer a sanctuary city

The Lansing City Council backed out of its decision to declare itself a sanctuary city Wednesday evening, holding a vote to rescind the barely week-old resolution.After hours of public comment, the council voted 5-2 to rescind the resolution containing a reference to sanctuary city passed April 3. Council member Jessica Yorko was not present for the vote. The council members then decided not to take up a resolution reaffirming Lansing as a “Welcoming City” for immigrants.

FBI Director James Comey said he let cameras into the New York FBI offices to film a new television series in hopes that he might build trust with the American people.“I worry sometimes that people don’t know us,” Comey said in explaining why he green-lighted “Inside the FBI: New York,” a new television documentary by Dick Wolf of “Law & Order” fame and documentarian Marc Levin.“We have to care what people think of us,” Comey said at a showing of the new series at the Newseum in Washington, DC. “The faith and confidence of the American people is the bedrock,” he said.

Facebook Messenger now analyzes your chats to give you recommendations 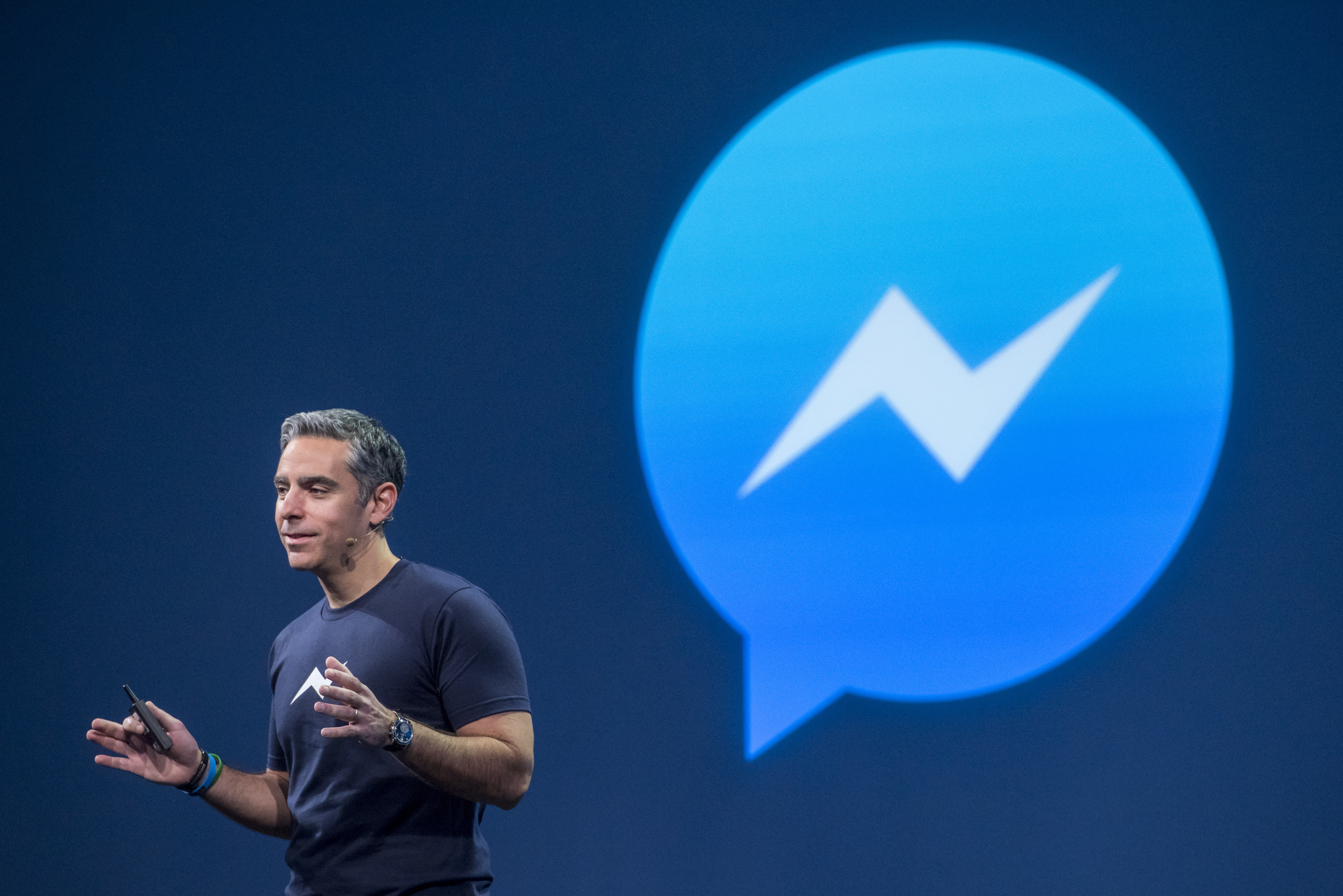 Facebook Messenger is about to get smarter. Much smarter.The five-year-old messaging platform, which reports 1 billion monthly active users, announced on Thursday that it is rolling out its experimental virtual assistant “M” to all Messenger users in the United States this week through a new feature called M Suggestions. M Suggestions does exactly what its name suggests, using artificial intelligence to understand what is being said in any given Messenger chat to make recommendations that pop up during the course of a conversation.Some folks who already feel like Facebook is watching them when they see ads in their News Feed for bridal gowns after getting engaged may be creeped out by the fact their messages are being analyzed. But Stan Chudnovsky, Facebook Messenger’s Head of Product, contends their goal with M Suggestions is to offer a better user experience. To wit, M Suggestions does not currently generate any revenues for Messenger.“The history of the internet is all about removing friction,” Chudnovsky told Yahoo Finance. “In this case, instead of you having to think about doing something, like sending a sticker, paying a friend for something or sharing your location, and having to press three taps, M does it for you.”

Source: Facebook Messenger now analyzes your chats to give you recommendations

‘How Dare You Work on Whites:’ Professors Under Fire for Research on White Mortality

Academic research rarely goes viral, but this past year, the work of Princeton professors Anne Case and Nobel laureate Angus Deaton became the center of a national fascination over the woes of white America. It’s also landed the two in the crossfire of a debate about race and the lack of attention given to problems faced by African Americans.

Angus Deaton In 2015, Case and Deaton pointed out that mortality rates among middle-aged white Americans have been rising, while mortality rates for other Americans and citizens of Western Europe have continued to plummet. Two weeks ago, the researchers released a deeper report probing the underlying reasons. Opioid abuse and alcoholism and a spike in suicides have been the most visible causes, but Case and Deaton say these “deaths of despair” are symptoms of a much larger problem — one that’s rooted in the economy, and how forces like technological change have battered less-educated whites in recent decades.

Source: ‘How Dare You Work on Whites:’ Professors Under Fire for Research on White Mortality – American Renaissance