It’s a phenomenon that many parents know well. The infant who just won’t go to sleep at night, in a warm, cozy haven of slumber, will nod off in the car as if the subject of a master hypnotist. It doesn’t matter that the engine’s rumbling, bumps and potholes rattling the chassis, horns blaring outside … baby’s fast asleep. This fact can sometimes motivate desperate 3 a.m. car laps around the block, but Ford has a better idea: a baby bed that mimics the feeling, sound and light of riding in a car.

This Company Will Create Your Own Tor Hidden Service 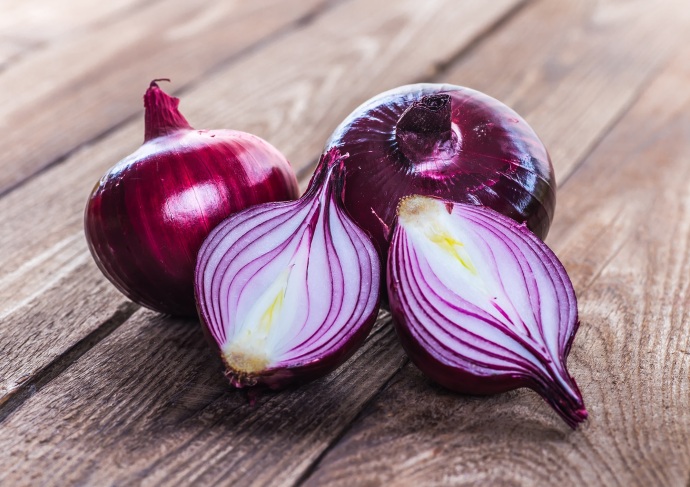 Source: This Company Will Create Your Own Tor Hidden Service – Motherboard

Facebook famously boasts it has 1.86 billion users who visit the social network every month. It looks like that number shrank on Friday.The company, which previously announced it’s cracking down on fake accounts, said it’s disrupted a major spam operation being run out of Bangladesh, Indonesia, Saudi Arabia and other countries.”The apparent intent of the campaign was to deceptively gain new friend connections by liking and interacting primarily with popular publisher Pages on our platform, after which point they would send spam,” Shabnam Shaik, a Facebook technical program manager wrote in a blog post.”We found that most of this activity was generated not through traditional mass account creation methods, but by more sophisticated means that try to mask the fact that the accounts are part of the same coordinated operation,” Shaik wrote. “By disrupting the campaign now, we expect that we will prevent this network of spammers from reaching its end goal of sending inauthentic material to large numbers of people.”

When they’re not raiding medicinal marijuana dispensaries or trying to ban plants, the DEA are staunch advocates of an individual’s right to privacy … just so long as that individual also happens to be a notorious gang leader and head of a international drug ring.As part of a series of internal bulletins regarding marijuana released to Jason Koebler, the agency produced the following report about a big win for the good guys: the capture of ██████████.

SUNY Orange’s cafeteria workers will be laid off at the end of the spring semester, to be replaced by food-dispensing machines.In an email sent to students on Thursday, Vinnie Cazzetta, executive director of the nonprofit Orange County Community College Association, which runs the cafeterias, said the change comes after the college’s food-service operations showed a deficit of more than $150,000 last year, “continuing a trend of significant operations losses that has existed for years.”Cazzetta said nine full-time workers and three part-timers will be laid off as part of the plan.An outside audit done in December showed larger financial problems were looming, Cazzetta said.“By doing nothing we could have been out of business in 12 to 18 months. We would not have been able to make payroll,” Cazzetta said.

Some people living in the District don’t own dogs or cats — but chickens. The law about owning chickens is currently unclear, but D.C. Mayor Muriel Bowser has proposed banning chickens as pets. News4’s Tom Sherwood spoke to chicken owners who say chickens are perfectly safe to keep in the city.

How Do I Turn My Samsung Galaxy’s Screen to Grayscale?

Switching your Samsung Galaxy’s screen to grayscale is beneficial for several reasons. For one, it will require the screen to use less power than when you are in a full-color mode. Using your phone in grayscale mode also might have a positive effect on your productivity. Apps such as Facebook and Instagram will appear dull, convincing you subtly to use them less frequently. The less time you spend on these social apps, the more time you will spend on things that matter. Also, not all phones have the ability to switch to grayscale, do switching your screen to grayscale makes your phone unique. If you want to learn how to turn your Samsung Galaxy’s screen to grayscale, then read on.

Source: How Do I Turn My Samsung Galaxy’s Screen to Grayscale?

As a continuing part of its Vault7 series of leaked documents, the leaks site Wikileaks has released a new cache of 27 documents allegedly belonging to the US Intelligence agency the CIA.Hop on the grassA CLI-based framework named the Grasshopper has been built by the CIA to enable building “customized malware” payloads to break into Microsoft’s Windows operating system – even bypassing the anti virus.The leaked documents appear to be a user manual for spies only to be accessed by the members of the agency.As per the documents, the framework enables agency members to easily create malware depending on the operating system and anti virus installed on the target machine. The Grasshopper framework then puts together several components that are sufficient to hack the target machine and delivers a Windows installer when done. The agency members can then run the installer on the target machine to install their own customized malware payloads.

Source: Wikileaks releases a how to hack Windows guide from CIA dump » TechWorm

A man has been granted a divorce after arguing in court that his wife was controlled by Satan via demonic possession.The unnamed Italian was allowed to separate from his wife after a court in Milan was told of her “inexplicable behavior” – including fits, levitation and superhuman strength.According to a report on Italian news site TheLocal.it, the man claimed his wife had been exhibiting bizarre symptoms for the past 10 years which were beyond the powers of medical science to explain.A priest and a monk were called as witnesses. One claimed that the woman, in the grip of a demonic force, picked up an entire church pew with one hand and threw it at the altar.

For all the admirable efforts to solve the world’s problems—beating malaria, improving education access, closing the digital divide—one simple need tends to fall by the wayside: We humans have to poop, and some 2.5 billion of us don’t have the proper facilities to do so. Think about what that means for a second: Beyond the commodes themselves, roughly a third of the planet’s population lacks sanitation, leaving communities susceptible to disease and filth. As Jack Sim, the founder of the World Toilet Organization, told me a couple years ago, a major part of the problem is that sanitation isn’t a particularly glamorous cause, which has limited its exposure and support. It’s telling that more people globally have cell phones than have proper toilets.”Why is a cell phone something someone will pay for when they won’t pay for it in their house?” Karl Linden, a University of Colorado, Boulder environmental engineering professor, told me. “We need to think of sanitation as a business opportunity, and turn the toilet into a status symbol.” 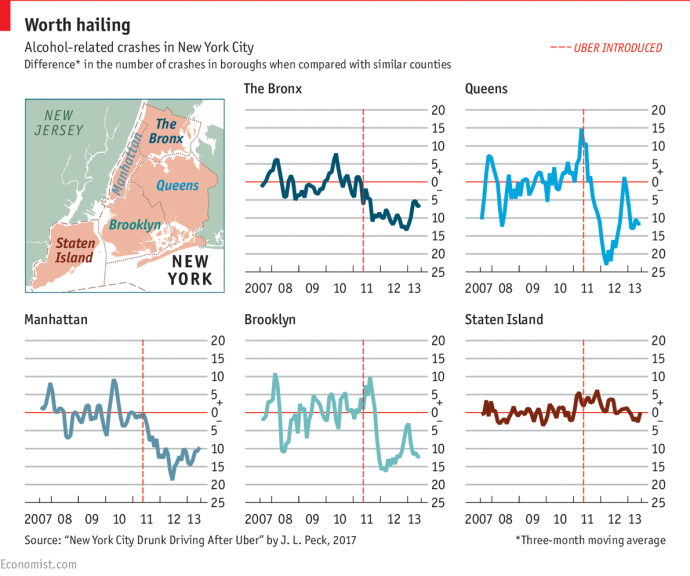 GUN violence in America gets plenty of attention, but cars kill more. Around 40,000 people a year die on American roads, more than all fatalities caused by firearms (of which two-thirds are suicides, not homicides). The death rate in America, around 12 people per 100,000, is more than twice that of western Europe. The grim toll of motor-vehicle deaths is widely seen as unavoidable, given that the United States is a large, sprawling country primarily designed around the automobile. However, around a third of these deaths involved drunk drivers, suggesting that there is, in fact, substantial room for improvement. And fortunately, it appears that the advent of ride-hailing apps like Uber and Lyft has had a welcome impact on road safety.