WASHINGTON — CBS News has learned that a manhunt is underway for a traitor inside the Central Intelligence Agency.The CIA and FBI are conducting a joint investigation into one of the worst security breaches in CIA history, which exposed thousands of top-secret documents that described CIA tools used to penetrate smartphones, smart televisions and computer systems.CIA and FBI seek employee who leaked top secret documentsSources familiar with the investigation say it is looking for an insider — either a CIA employee or contractor — who had physical access to the material. The agency has not said publicly when the material was taken or how it was stolen.Much of the material was classified and stored in a highly secure section of the intelligence agency, but sources say hundreds of people would have had access to the material. Investigators are going through those names.The trove was published in March by the anti-secrecy organization WikiLeaks.

— Harvey Weinstein knows he can be temperamental, and he knows he’s not above a good publicity stunt, but he said Thursday his complaints over an R rating for his company’s upcoming trans teen family story “3 Generations” are worth the effort on behalf of prospective young trans viewers.Starring Elle Fanning as a girl who wants to transition, the Motion Picture Association of America assigned the restrictive R based on strong language, including some sexual references. The film, which opens with a limited release in Los Angeles and New York on May 5, also stars Naomi Watts and Susan Sarandon.The dust up is similar to Weinstein’s ratings complaint for “Bully” in 2012. The Weinstein Company successfully challenged that film’s R rating and the MPAA knocked it down to PG-13.

Source: News from The Associated Press 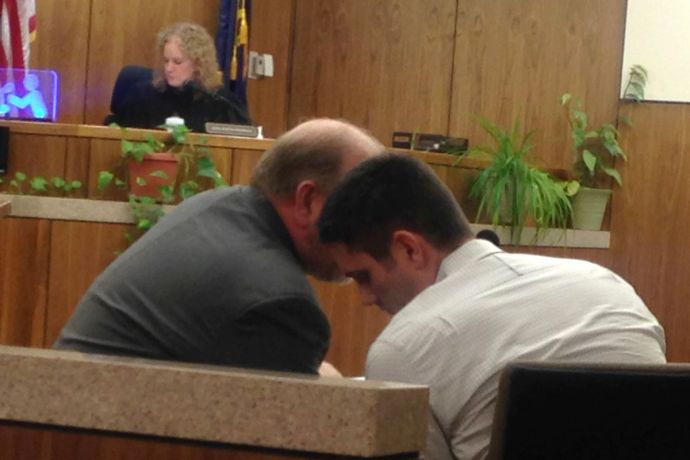 An Anchorage dentist faces a slew of allegations that he unnecessarily sedated patients in order to maximize Medicaid payments, according to charging documents filed in court this week.Seth Lookhart of Clear Creek Dental was charged with 17 counts of fraud and “unlawful dental acts” based on an investigation by the state Medicaid Fraud Control Unit, the Office of Inspector General and agents from the FBI and DEA.Lookhart’s office manager, Shauna Cranford, faces 16 charges. Ten of the charges are felonies.Among the charges, filed Monday, are allegations that in 2016, Lookhart billed nearly $2 million in intravenous sedation without proper justification; that he illegally diverted funds from his employer; and he performed a tooth extraction while standing on a hoverboard, filmed it and texted it to others, while a patient was sedated.

(NEWSER) – It’s been established that screen time in its traditional form—think television and video games—is linked to sleep problems in kids, note researchers in introducing their more specific study: one that, for the first time, looks at touch-screen use among very young children. What they found is a link to poorer sleep, and it starts as early as infancy. Reporting in the journal Scientific Reports, researchers find that the more kids ages 6 months to 3 years use touch screens during the day, the longer it takes them to fall asleep and the less sleep they log in total. The study is observational and does not prove that the use of touch screens causes sleep issues, but researchers say the link warrants further study.

Could online dating be behind the rise of STDs among millennials?

Millennials, popular dating apps might have increased your risk of getting STDs, experts say

Source: Could online dating be behind the rise of STDs among millennials? | Metro.us