Posted on April 26, 2017 by binghamboatwright 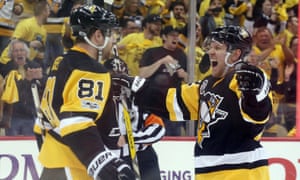 A Pittsburgh man stabbed in the head with a screwdriver during the Penguins’ playoff opener against the Columbus Blue Jackets on Wednesday night refused medical attention until the game was over, police said.The Stanley Cup contenders, ranked: red-hot Capitals can go all the way Read moreOfficers were dispatched to the City of Steel Auto Detail shop in Pittsburgh’s Carrick neighborhood at 9.12pm local time on Wednesday, where they found the 43-year-old victim bleeding from the scalp, a Pittsburgh police spokesperson told the Guardian.