Posted on April 27, 2017 by binghamboatwright 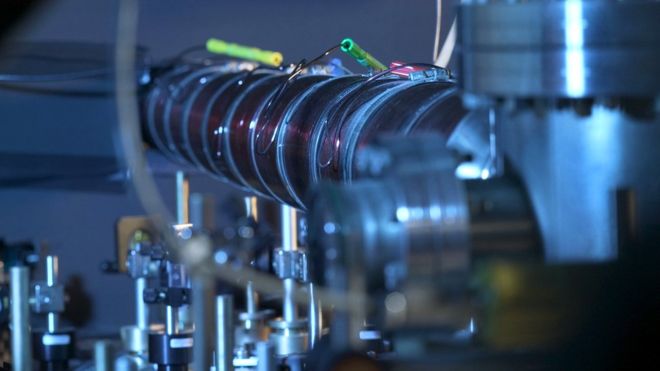 Physicists have created a fluid with “negative mass”, which accelerates towards you when pushed.In the everyday world, when an object is pushed, it accelerates in the same direction as the force applied to it; this relationship is described by Isaac Newton’s Second Law of Motion.But in theory, matter can have negative mass in the same sense that an electric charge can be positive or negative.The phenomenon is described in Physical Review Letters journal.Prof Peter Engels, from Washington State University (WSU), and colleagues cooled rubidium atoms to just above the temperature of absolute zero (close to -273C), creating what’s known as a Bose-Einstein condensate.