A teacher in Florida who reportedly harassed Future Farmers of America students and called them “murderers” for raising livestock may be fired after a report outed his shameful behavior.What happened? The New York Post reported:Middle school teacher Thomas Roger Allison Jr., 53, has been placed on unpaid leave from Horizon Academy at Marion Oaks near Ocala for calling the students who are raising livestock “murderers,” according to a Marion County school district letter documenting the case.In a written recommendation for termination, Superintendent of Schools Heidi Maier said that Allison “has engaged in a repeated, egregious pattern of mistreating, ridiculing, insulting, intimidating, embarrassing bullying and abusing FFA students, crushing their dreams and causing them to feel that they must discontinue FFA activities to enjoy a peaceful school environment” […]Maier ordered the investigation on March 28. It looked into dozens of accusations from teachers, students and parents. The investigation lasted 10 days and resulted in a scathing report.More harassment. According to the Ocala Star-Banner, Allison also allegedly harassed the teacher adviser of the FFA program and even encouraged his honors science students to engage in bullying the student members.District investigation. The investigation found that Allison decided to go after the program because their activities violate his beliefs. Maier further reported that the teacher made it more difficult for FFA students in his class to achieve good grades.

We did a piece the other day about how learning the ancient programming language COBOL could make you bank. It was meant as a fun little article about the weird fact that large parts of our banking system is written in a programming language from 1959.It sounded pretty funny, but we soon started thinking “How can this actually make sense?” In our ultra-tech driven present, how can it be that our financial systems are still written in COBOL? Which can only maintained by small group of veterans, that grows thinner every day.

We reached out to Daniel Döderlein, CEO of Auka, who has experience with working with banks on technological solutions such as mobile payments. According to him, COBOL-based systems still function properly but they’re faced with a more human problem.

This extremely critical part of the economic infrastructure of the planet is run on a very old piece of technology — which in itself is fine — if it weren’t for the fact that the people servicing that technology are a dying race.

And Döderlein literally means dying. Despite the fact that three trillion dollars run through COBOL systems every single day they are mostly maintained by retired programming veterans. There are almost no new COBOL programmers available so as retirees start passing away, then so does the maintenance for software written in the ancient programming language. 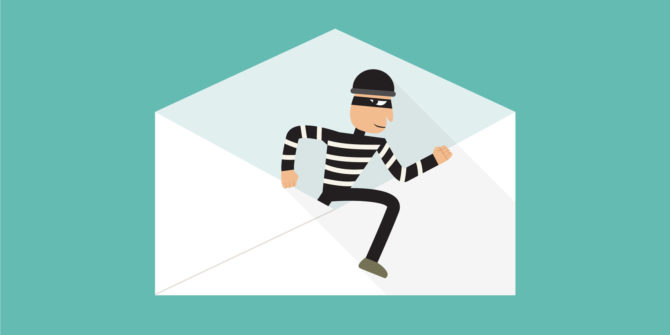 Email scams are one of the oldest tricks that internet scammers use to separate you from your valuable information. While they started off as laughable pleas from far-off princes, they’re now so advanced that you might not even be able to tell they’re fake.

A security researcher recently discovered that URLs can be modified to look like they’re a legitimate website when they’re really not. Before a recent update, Chrome displayed the address https://www.xn--80ak6aa92e.com/ as https://www.apple.com — obviously a fake! While there was no real danger as this was used for testing purposes, someone could have registered this website and used it to phish users expecting to see Apple’s website.

Source: New Scam Shows Why You Should Never Click on Links in Emails