Back to school crisis: Lack of school bus drivers plagues the nation

School bus companies in the United States are spinning their wheels in an effort to get more drivers hired before the start of the school year.Every company that responded to a School Bus Fleet magazine survey of the top 50 school bus contractors said they had a shortage of some kind. Most (54%) faced a “moderate” shortage, while 22% said theirs was “severe.” Nineteen percent said they have a “mild” shortage and 5% said their company was “desperate.”The lack of drivers is leading to an increase in advertising dollars spent on billboards, fliers and social media, as well as implementing incentives such as signing and referral bonuses. Companies are also striving to improve corporate culture and creating a retention program, the survey found. Data from respondents showed the average starting pay for drivers rose 66 cents from last year.In order to become a school bus driver in Pennsylvania, for example, one must complete a minimum of 20 hours of school bus-specific instruction—14 hours in the classroom and six hours in-bus. The driver almost must pass a road test and pass criminal and child abuse history checks, among other paperwork and exams, USA Today reported.

Is Changing the Constitution the Only Way to Fix Washington?

This story was updated 8/7 to correct the designation of Common Cause. It is a good government group.Next month delegations of state lawmakers will travel to Phoenix, Arizona, to attend what organizers say will be the first formal convention of states since the Civil War. They’ll gather at the capitol, inside the turquoise-carpeted House chamber, and draw up rules for a hoped-for future meeting: a convention to draft an amendment to the U.S. Constitution.No “amendment convention” has taken place since the Constitution was written over 200 years ago. But the idea is gaining steam now, stoked by groups on the left and right that say amendments drafted and ratified by states are the last, best hope for fixing the nation’s broken political system and dysfunctional — some even say tyrannical — federal government.“We have a Congress in the United States made up of two bodies — House and Senate — that are incapable of restricting their own power,” said Texas state Sen. Brian Birdwell, a Republican. With the conventions, he said, states are stepping in to clean up the mess.

Source: Is Changing the Constitution the Only Way to Fix Washington?

I have a healthy level of paranoia given the territory I inhabit. When you write things about hackers and government agencies and all that, you simply have a higher level of skepticism and caution about what lands in your e-mail inbox or pops up in your Twitter direct messages. But my paranoia is also based on a rational evaluation of what I might encounter in my day-to-day: it’s based on my threat model.In the most basic sense, threat models are a way of looking at risks in order to identify the most likely threats to your security. And the art of threat modeling today is widespread. Whether you’re a person, an organization, an application, or a network, you likely go through some kind of analytical process to evaluate risk.Threat modeling is a key part of the practice people in security often refer to as “Opsec.” A portmanteau of military lineage originally meaning “operation security,” Opsec originally referred to the idea of preventing an adversary from piecing together intelligence from bits of sensitive but unclassified information, as wartime posters warned with slogans like “Loose lips might sink ships.” In the Internet age, Opsec has become a much more broadly applicable practice—it’s a way of thinking about security and privacy that transcends any specific technology, tool, or service. By using threat modeling to identify your own particular pile of risks, you can then move to counter the ones that are most likely and most dangerous.

Source: How I learned to stop worrying (mostly) and love my threat model | Ars Technica 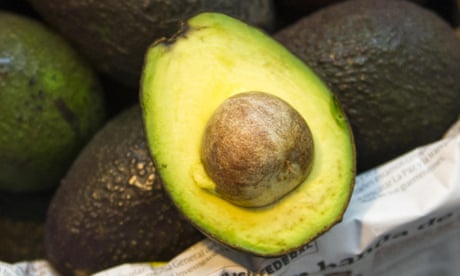 The growing global appetite for avocados has been blamed for a litany of sorrows, from self-inflicted stab wounds to stopping young people from buying their own homes.But in Mexico, the world’s biggest producer, what used to be a dietary staple is now too expensive for many ordinary consumers. And, now the country where the avocado is believe to have originated is considering the unthinkable: importing avocados from abroad.

How to Stop Websites from Asking for Your Location

When browsing the Web with some of the modern web browsers like Mozilla Firefox, Google Chrome, Safari and Microsoft Edge, you might receive a prompt asking for your physical location. Websites request this information so they can provide you with content that is relevant to your area. However, some websites are very notorious and will ask for your location every time you visit a particular site, which can be annoying at times.Ads by GoogleIf you find it annoying and don’t intend to ever reveal your location details to a website, you can turn off location requests by disabling this option in the browser settings. In this tutorial we will show you how to turn off location requests in Google Chrome, Mozilla Firefox, and Microsoft Edge.

Source: How to Stop Websites from Asking for Your Location – Make Tech Easier

Wrestling icon Ric “Nature Boy” Flair is currently hospitalized and is dealing with “tough medical issues.”Various reports say Flair, 68, is in intensive care due to a heart-related issue at an unidentified hospital.More Entertainment HeadlinesShonda Rhimes is leaving ABC for NetflixBruno Mars donates $1M from concert to Flint water crisisJury begins deliberating in Taylor Swift caseFlair’s management team originally tweeted over the weekend that there was no reason to panic, but the tone turned more ominous Monday morning when the group asked for “prayers and positive energy.”Flair himself tweeted Thursday ahead of this weekend’s PGA Championship being played in his home base of Charlotte.Melina Morris Zanoni of Legacy Talent and Entertainment would not divulge what is ailing Flair, but tweeted they are “tough medical issues.”

It is unclear what led to the initial hospitalization over the weekend. Pro Wrestling Sheet reported that it was a heart-related issue and the wrestler’s condition worsened after his admittance. He was put in a medically-induced coma ahead of the surgery, according to the site.

Melinda Morris Zanoni of Flair’s management team confirmed that the WWE champ was hospitalized in a tweet on Friday for “routine monitoring,” but by Monday she had asked people on Twitter to send “prayers and positive energy” his way.

“Are u a Fan/Friend of Ric Flair? If so, we need prayers & positive energy 4 our Living Legend as he is dealing w/some tough medical issues,” Zanoni tweeted.

Fellow wrestlers offered their prayers and support for the “Nature Boy,” including John Cena and Jerry Lawler.

Ric Flair’s career has spanned over 40 years between the WWE, WCW and TNA. He is a 16-time pro wrestling champion. A 30 for 30 documentary about Flair’s career titled “Nature Boy” will air on ESPN on Nov. 7.

A little over half a billion years ago, complex life on Earth rapidly diversified in an evolutionary event known as the Cambrian explosion. This period in history was not shy about producing otherworldly creatures that seem alien from an Anthropocene perspective.Now, a newly identified species of extinct “arrow worm” called Capinatator praetermissus is a valiant contender for the title of weirdest Cambrian creation.Measuring roughly as long as an index finger, this ancient ocean predator sported 50 spines around its head that it used to grasp and restrain its prey, so it could stuff its somewhat anus-like face. The animal represents both a new species and genus, and is described in research published Thursday in Current Biology.

Meegan Hefford, a 25-year-old mother-of two, was found unconscious in her Mandurah apartment and was pronounced dead days later.Ms Hefford, who had been competing as a bodybuilder since 2014, was on a diet of protein shakes and eating protein-rich foods including lean meat and egg whites.She was a body builder studying paramedicine and a mother to a seven-year-old daughter and a five-year-old son.Ms Hefford had been competing in bodybuilding tournaments since 2014. Source: InstagramShe was preparing for another bodybuilding competition but her mother, Michelle White, said Ms Hefford was having “way too much protein”.Following her death, it was discovered Ms Hefford had a rare genetic disorder, which stopped her body from breaking down protein properly.

Is too much English spoken in Berlin restaurants?

One of Angela Merkel’s closest allies has caused controversy by complaining about waiters in Berlin restaurants who only speak English. But the Berlin tourist board is more relaxed about the spread of the global language.Speaking to the Neue Osnabrücker Zeitung on Friday, Jens Spahn, junior minister in the Finance Ministry, said that “it is increasingly getting on my nerves that in some Berlin restaurants the waiters only speak English.”“No one in Paris would have such a crazy idea,” he added.Spahn said that people could only live harmoniously together in Germany when everyone spoke the national language. “This is something we should expect from every immigrant,” he said.Political opponents of Spahn, who belongs to the right-wing of the Christian Democrats (CDU), pointed out that English is often spoken in Berlin restaurants because the people eating there are tourists.The Berlin tourist board also reacted coolly to Spahn’s outburst.

Source: Is too much English spoken in Berlin restaurants? – The Local