Guard Your Mind Like the Precious Resource It Is

Source: Guard Your Mind Like the Precious Resource It Is | Liberty Blitzkrieg

USE ONE WORD TO DEFEND OFFENSIVE MONUMENTS. CALL IT ‘ART.’ THAT’S WHAT LIBERALS DO.

For decades conservatives have tried to remove government funding for the arts, not because conservatives are opposed to art, but because they did not want their money going to deviant and political art. The Left has always defended deviancy, whether by visual means or comedy, by calling it ART. That’s the magic word. But it only works if you’re a leftist. We need to make it work for us.

How many of you remember how Leftists defended the “Piss Christ” so-called art of the American artist and photographer Andres Serrano?The piece was a winner of the Southeastern Center for Contemporary Art‘s “Awards in the Visual Arts” competition, which was sponsored in part by the National Endowment for the Arts, a United States Government agency that offers support and funding for artistic projects.”We were told that it was “art,” and therefore could not be criticized. “Supporters argued that the controversy over Piss Christ is an issue of artistic freedom and freedom of speech….

Beginning September 27, 2012, Piss Christ was on display at the Edward Tyler Nahem Gallery in New York, at the Serrano show Body and Spirit. Religious groups and some lawmakers called for President Barack Obama to denounce the artwork, comparing it to the anti-Islamic film Innocence of Muslims that the White House had condemned earlier that month.” Did he? No. Why? It was art by someone his political friends supported.

Then there was “The Holy Virgin Mary” painting created by Chris Ofili in 1996. It was one of the works included in the Sensation exhibition in London, Berlin, and New York in 1997–2000. “The subject of the work, and its execution, caused considerable controversy in New York, with Rudolph Giuliani – then Mayor of New York City – describing Ofili’s work as ‘sick.’ In 1998, Ofili was the first black artist to be awarded the Turner Prize. The painting was sold for £2.9 million ($4.6 million) in June 2015.”What was its composition?:On a yellow-orange background, the large painting (8 feet high and 6 feet wide) depicts a black woman wearing a blue robe, a traditional attribute of the Virgin Mary.

The work employs mixed media, including oil paint, glitter, and polyester resin, and also elephant dung, map pins and collaged pornographic images. The central Black Madonna is surrounded by many collaged images that resemble butterflies at first sight, but on closer inspection are photographs of female genitalia; an ironic reference to the putti that appear in traditional religious art. A lump of dried, varnished elephant dung forms one bared breast, and the painting is displayed leaning against the gallery wall, supported by two other lumps of elephant dung, decorated with coloured pins: the pins on the left are arranged to spell out “Virgin” and the one on the right “Mary.”

Source: USE ONE WORD TO DEFEND OFFENSIVE MONUMENTS. CALL IT ‘ART.’ THAT’S WHAT LIBERALS DO. – Godfather Politics

U.S. action against suspected Russian cyber criminals has surged to a record high this year despite efforts by President Donald Trump to improve ties with Moscow.The United States has arrested or indicted seven Russians on U.S. cyber crime charges in 2017. On average, just two Russian cyber criminals were extradited to the United States each year between 2010 and the start of this year.Below is a breakdown of the arrests and indictments so far this year:

The news for the motoring public was bad enough a few weeks ago: a team of researchers had demonstrated yet another hackable flaw in connected vehicles – in the Controller Area Network (CAN) bus standard – that could enable a Denial of Service (DoS) attack on safety systems including brakes, airbags and power steering.Kind of a big deal, since the CAN is essentially the brain of the car – it handles a vehicle’s internal communication system of electronic control units (ECUs) that the researchers noted, “is driven by as much as 100,000,000 lines of code”.And the news got worse this past week, with word that the flaw – which applies to virtually every modern car, not just a single brand or model – is unfixable. As Bleeping Computer put it, “this flaw is not a vulnerability in the classic meaning of the word … (It) is more of a CAN standard design choice that makes it unpatchable.” To patch it would require “changing how the CAN standard works at its lowest levels”.

Raw data and quality lossless audio formats such as WAV, AIFF or FLAC will indeed take up users’ data storage space. For those who like to listen to music on mp3 music player devices and smartphones, those formats may be inappropriate or not friendly with small data storage space. So, converting these audio formats to a smaller audio file format such as mp3 is a good choice for that. If you have a Mac, you can use FLAC To MP3 Mac free app which handles the FLAC to MP3 conversion on Mac OS very well.AdvantageThis application is a simple app but has some interesting features. Besides converting FLAC audio file format, you can also convert much more audio file formats like WMA, WAV, AIFF and others to mp3 format. In fact, you’re not only able to convert the audio file format to the mp3 format, but also export to 5 different audio file formats, M4A, AAC, OGG, WMA, and WAV.Not only that, but you can also extract audio from a video by using this app and change the audio format. The app supports most of the popular video formats like MP4, MOV, AVI, MPG, WMV, and M4P, etc.Besides converting to small size audio formats, the app could also create FLAC files from lossless raw audio formats like WAV or AAC. Simply selecting the output format as FLAC then dragging and dropping raw audio files onto the application will immediately start creating FLAC music.

Social Media is A Tool of the CIA: “Facebook, Google and Other Social Media Used to Spy on People”

Source: Social Media is A Tool of the CIA: “Facebook, Google and Other Social Media Used to Spy on People” | Global Research – Centre for Research on Globalization 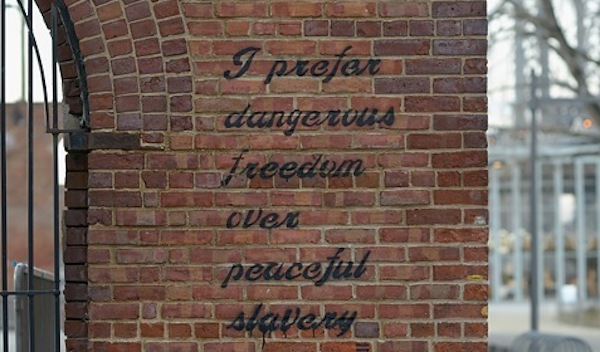 It doesn’t take courage to denounce Nazism. Moreover, it appears many of the people incessantly proclaiming how anti-Nazi they are, happen to be the same folks who have the most to answer for when it comes to all sorts of transgressions against the world over the past couple of decades. That said, I’ll give my quick two cents on the Nazi, white supremacist hysteria currently being amplified by the corporate media.The general proclivity to obsess about how one’s group, whether it be a nation, political tribe, or race/religion is superior to all others represents such an immature and unconscious way of seeing the world, it’s really hard for me to believe so many people still see reality through such a lens. This type of thinking tends to attract very insecure people. People who cannot look at themselves individually and be proud of the person they see. As such, they scurry around looking for a group with an established superiority myth which they can then latch themselves onto in order to feel better about themselves.The good news when it comes to Nazism/white supremacy, at least here in the U.S., is that most people appear to be at least conscious enough not to fall for the most basic and primal type of tribalism — i.e., finding a race-based superiority cult attractive. In contrast, the more nuanced superiority cults, such as those based on mindless nationalism or political identity, are far more entrenched here at home, and present a much greater danger to our future.