mputers, desks, video game consoles, and bonsai trees. Oh, and he does the insides of the computers too; here’s the innards of the Macintosh:

Local businesses are already providing feedback on the city of Seattle’s excessive new tax on sugary drinks and it’s not positive.

The liberal-dominated City Council rammed through the 1.75 cents per ounce tax on sweetened beverages that affected sodas, energy drinks, sports drinks and non-milk-based products which went into effect on January 1st.

The sticker shock from what should be called the Seattle shakedown was immediate and pictures of price tags from a local Costco that circulated on social media showed a whopping $7.35 in tax added to a $10.99 case of Coke. 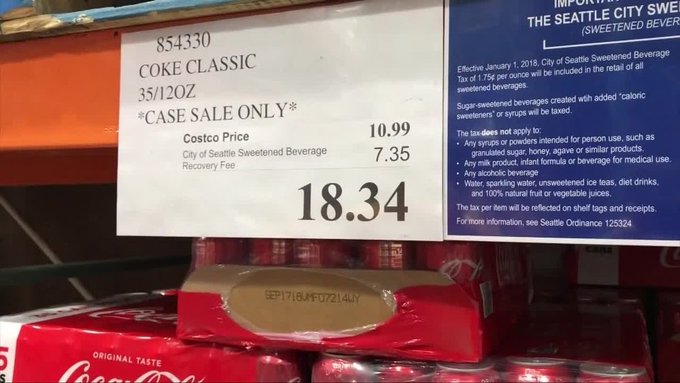 Costco quickly posted signs informing their customers that they could avoid the tax by shopping at their other locations in Tukwila and Shoreline.

Since the tax is only being added to purchases within the Seattle city limits, it is easy for consumers to simply go elsewhere where they aren’t subjected to the onerous gouging to fund programs chosen by liberal ideologues.

It has especially affected local businesses, and owners are not pleased to say the least.

Source: Seattle’s Soda Tax Is An Absolute Disaster – And Business Leaders Are Furious…

Inside the Chinese sex doll factory making ‘smart’ robots that can also talk, play music and even do the dishes

THESE photographs lay bare the progress being made in mass producing incredibly realistic sex robots to meet a booming demand across the globe.

Row upon row of voluptuous silicon bodies can be seen hanging on production lines at EXDOLL’s plant based in the north-eastern China port city of Dalian.

It began research into sexbots in mid-2016 and now employs 120 people with plans to expand.

But the most popular dolls have pale skin, huge boobs and measure between five foot two and five foot seven tall.

EXDOLL has ambitions to apply artificial intelligence to make dolls so lifelike that they could cure loneliness among the country’s huge singletons population.

There are 33.6 million more men than women in the country of 1.4 billion people which means many frustrated young men getting little or no bedroom action.

Seated between two non-robotic silicon companions, one in a short black skirt and a smaller model in a schoolgirl outfit, marketing director Wu Xingliang explained his company’s products could solve this.

He said: “China has a shortage of women, and this is a factor in why there’s this demand, but they’re not just for sex.”

This is because the bots can also have conversations and do some household chores.

The country is estimated to make more than 80 per cent of the world’s sex toys, with over a million people employed in the country’s $6.6billion (£4.6bn) industry.

A shapely prototype in a racy white dress bows to greet male engineers at the factory.

Source: Inside the Chinese sex doll factory making ‘smart’ robots that can also talk, play music and even do the dishes

Or so a professor of Religious Studies from Michigan State University claims.

Shreena Gandhi, who co-authored the article with “antiracist white Jewish organizer, facilitator, and healer” (busy woman) Lillie Wolf, posits that the “(mis)appropriation” of yoga is part of a “systemic racism” and that, whilst white people should not stop practicing yoga, they should “take a moment to look outside of yourself and understand how the history of yoga practice in the United States is intimately linked to some of the larger forces of white supremacy.”

Good news white Brits, you’re free to stretch and pose as much as you’d like.

The article, titled “Yoga and the Roots of Cultural Appropriation” claims that the popularity of yoga within the western hemisphere is due to colonialism and that yoga “did not appear in the American spiritual landscape by coincidence; rather, its popularity was a direct consequence of a large system of cultural appropriation that capitalism engenders and reifies.”

According to Ghandi “when ‘western’ yoga teachers train other practitioners to relate to yoga only on a physical level without exploring the history […] they are perpetuating the re-colonization of it by diluting its true depth and meaning. This modern day trend of cultural appropriation of yoga is a continuation of white supremacy and colonialism.”

MPs in Iceland have proposed legislative amendments to outlaw circumcision for boys, a common practice in the Jewish and Muslim communities. If passed, anyone performing the procedure may be jailed for six years.

Members of at least five political parties, including the Progressive Party, the Pirate party and the Left Green, are calling for amendments to the existing Criminal Code. Their proposed legislation says that anyone found guilty of damaging the health of a child or a woman by “removing sexual organs, in whole or in part, shall be jailed for six years.”

The draft clearly rejects the notion that the law should accommodate circumcision on religious grounds. “While it is certainly the right of the parents to give their children guidance when it comes to religion, such a right can never exceed the rights of the child,” the bill states.

German children’s channel teaches migrants how to open a bra

For the second time in a few weeks the German children’s channel KIKA has shocked the public.

After encouraging a child marriage between an adult migrant and a naïve German teen girl, this time on their programme was a segment about opening a bra. A strange subject for a children’s channel that makes content for kids between 3 and 13 years old.

But it becomes even more peculiar when the three boys opening the bra on TV are migrants. This could have something to do with KIKA’s “education mission”, but after several migrants sex attacks and a horrible rape-murder, probably the best thing to do was to skip an item like that.

A leftist Terre des Femmes director even called it “racism” because in the video mainly guys with a migration background showed up. That might suggest “migrants-boys need special tutoring lessons in bra-opening”.

Would that be the real problem? Because everybody knows after Cologne that migrants have no trouble opening bras. How about not broadcasting these sorts of sensitive subjects on a children’s channel with a target group of kids between 3 and 13 years old?

While Germany loves to censor its “cultural enrichment stories” it exposes young children to these wrong sorts of things, a clear “contradictio in terminis”. 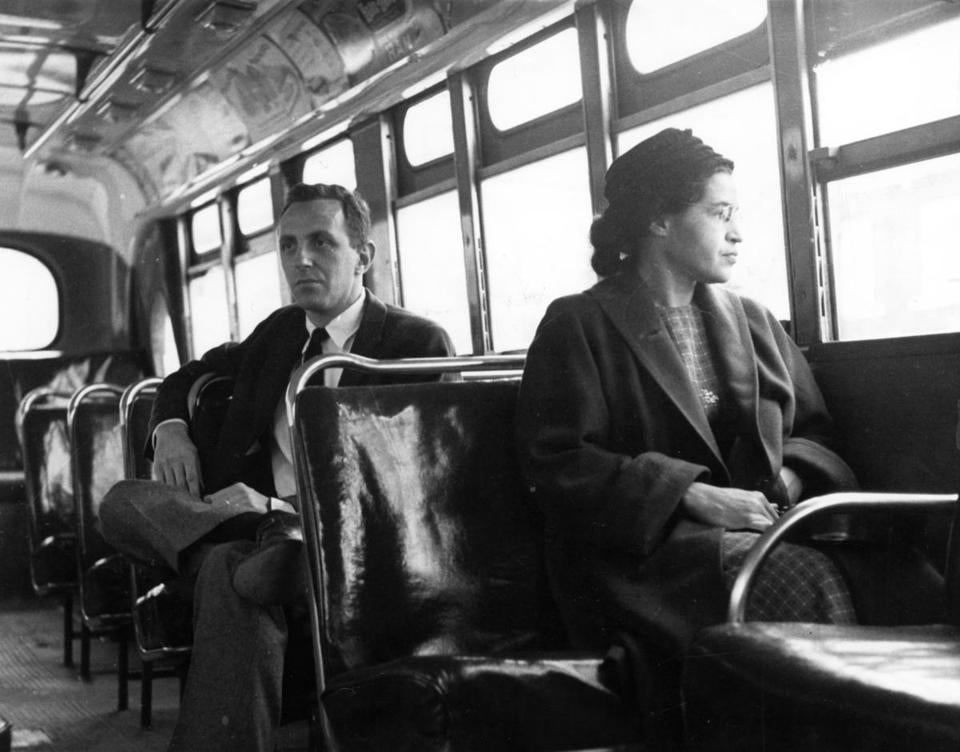 While venturing to Miami’s Little Havana neighborhood during vacation last fall, Braintree resident Natalie Ornell said she was inspired by a simple tribute displayed on a city bus: a decal honoring Rosa Parks.

It was a long way from Montgomery, Ala., where Parks, a civil rights icon, was arrested more than 60 years ago after she refused to relinquish her bus seat to a white man. Ornell was even further from her home state, where she is now pushing lawmakers to pass legislation that would honor Parks with a similar decal on MBTA buses.

“I was really moved by it,” Ornell, 27, said in a phone interview. “I thought that it would be great if we could do that in Boston. . . . There’s so much more that could be done to honor Rosa Parks.”

At Ornell’s request, state Senator Walter F. Timilty, a Milton Democrat, filed a bill last month that would equip MBTA buses with a decal or LED display honoring Parks. The plan would require the decals be displayed in February, but Timilty said he intends to amend the legislation so that a tribute to Parks would be permanent.

Source: This Braintree woman wants the MBTA to put a Rosa Parks tribute on every bus – The Boston Globe

We tried the awesome battery-free, instant photo printer for smartphones and came away impressed

Source: We tried the awesome battery-free, instant photo printer for smartphones and came away impressed