An American student has been refused the right to stay in Sweden because she briefly transferred some of the money she had saved over to her parents’ account in the US for safe-keeping.Miranda Andersson, 24, who is studying for a Master’s degree in Digital Media at Uppsala University, moved the money over the summer and left it in her parents’ account for just two months, but has now been informed by Sweden’s Migration Agency that she must leave the country.  The reason? Her account in Sweden briefly dropped below the 80,640 kronor ($10,126) foreign students from outside the EU need to have in their accounts to get residency.

“I feel very frustrated,” Andersson told The Local. “It’s very aggravating to deal with with school and everything going on at the same time. I wanted to study and get my degree and it feels that they don’t want me to do that.”  She said that she had believed that it was enough to have the required funds available.  “I showed them that I can support myself for the whole year, but they said ‘you can’t do that, you can’t just take money out and put it back in’,” Andersson said. The money was in her account at the time she applied for residency, and was returned to it as soon as she realized her error.

Social justice activists at a New York high school successfully shut down a production of “The Hunchback of Notre Dame” after a white student landed a lead role.Protests of the production began when an African-American student quit Ithaca High School’s musical production due to the role of Esmeralda being given to a white classmate.“It shows you that theater wasn’t made for you,” the student told the Ithaca Journal. “And it shows you that, if you can’t get the parts that are written for you, what parts are you going to get?”

Student activists then banded together under the umbrella of Students United Ithaca and wrote a letter that included a list of demands, saying that, while the young lady cast as Esmeralda was “a stellar actor, singer, and dancer” any production would be “lucky to have,” she couldn’t be cast in this role because she is the “epitome of whiteness.”

Trudeau demands Facebook crackdown on his “political enemies” – The Rebel

After Trudeau’s humiliating “Peoplekind” gaffe his Principal Secretary Gerald Butts lashed out at the media on Twitter where he labeled the media “Nazis”.

It was the first time Trudeau faced ridicule in the mainstream media (except the CBC) so he wants to make sure it doesn’t happen again.

Trudeau acts like his intention is to remove fake news, but this is really his attempt to silence dissenting voices like The Rebel.

WATCH my video to see why Canadians should be concerned with how Trudeau will “persuade” Facebook to follow his orders.

The nine-year-old sold 312 boxes of Girl Scout cookies out of a wagon near a legal marijuana dispensary in just two three-hour-trips on Wednesday and Friday. The girl’s father has requested that both he and his daughter remain anonymous.The dispensary, called Urban Leaf, thoughtfully promoted the sales of Girl Scout on their Instagram account.“Get some Girl Scout Cookies with your GSC today until 4 p.m.! Have a friend that wants to #tagalong? Bring them with — shopping is more fun with friends anyways,” the company posted to Instagram. “GSC” is a marijuana strain flavored with tastes said to be similar to those used in Girl Scout cookies.Girl Scouts San Diego clarified that scouts are permitted to sell from wagons if they have parent or guardian present.“So if that’s what they say they were doing… then they were right within the rules,” said Alison Bushan, of Girl Scouts San Diego, ABC 10 News reported.

Mass surveillance and security on the Internet

Not five years ago, as Edward Snowden unveiled thousands of classified and secret documents, the world became shockingly aware of a covert, suspicion-independent and global mass-surveillance of the Internet and telecommunication networks, which had been operated by the so-called “Five Eyes” (Australia, Canada, New Zeeland, UK and the USA) at least since 2007. This surveillance relied on monitoring programs such as PRISM (with the more or less voluntary participation of Microsoft, Yahoo!, Google, Facebook, Paltalk, YouTube, AOL, Skype und Apple), XKeyscore (a system to perform virtually unlimited monitoring of anyone around the world using metadata and content), and Tempora (skimming and caching almost all Internet traffic directly from the network hubs and transatlantic data links). While the public outrage after Snowden’s revelations was unprecedented, this has since largely subsided, and Intelligence Services enjoy once again nearly unhindered ability to siphon off, evaluate and store data on a large scale. With all probability, the methods of the “Five Eyes” and those of their larger partners are even more sophisticated today. What is more, initial sporadic protests had little if any effect: in the US, for example, the legal basis for PRISM and the like was not even challenged at the time, hence it remains firmly in place. Not even the US President, Donald Trump, seems inclined to curtail the powers and behaviour of US intelligence agencies in this respect.

Source: Mass surveillance and security on the Internet | Offiziere.ch

A Scottish farmer frantically called cops to report a tiger in his cow shed, sparking an armed police standoff — only to learn it just was a large, cuddly stuffed animal.Bruce Grubb, 24, was throwing a housewarming party when he spotted the bizarre sight and called police, fearing his pregnant cows were about to be devoured.Modal TriggerFacebookNow “I feel a bit silly for calling the police, but I thought it was a real emergency,” he told the Scottish Sun. “I had absolutely no doubt it was real. I got a hell of a scare.

”The frightened farmer said the first officer to respond to the scene was so scared that he “refused to get out of the squad car.”North East Police even checked a local wildfire park to see if they had an escaped tiger on the loose.After armed cops engaged in a 45-minute “standoff,” they realized the supposedly terrifying beast was actually just a big plush toy.Cops said they determined the false call was made with “genuine good intent” in a Facebook post about the ordeal.They even asked an embarrassed Grubb if they could keep the stuffed tiger as a mascot.It’s unclear how the stuffed toy got in the shed.

Canada’s rapists, murderers can now go to women’s prisons “based on how they self-identify”

I’m not kidding, this is a real news story. Published in the Ottawa Citizen:

Federal transgender inmates to be housed, addressed according to gender identity; These changes come after the federal government added ‘gender identity and expression’ to the list of prohibited grounds for discrimination

In other words, you just say, “I feel like a woman today.”

You don’t even have to put on lipstick or a wig, let alone go full Bruce Jenner.

So you’re a prison guard. You’re guarding, say, Paul Bernardo.Rapist, murderer, serial killer, psychopath. You have to call him “Pauline” now. Or maybe he wants to call himself after one of the girls he murdered and raped — “Tammy” one day, “Leslie” the next day, “Kristen” another day.

And any prison guard who doesn’t obey his murderer prisoner is the lawbreaker now. 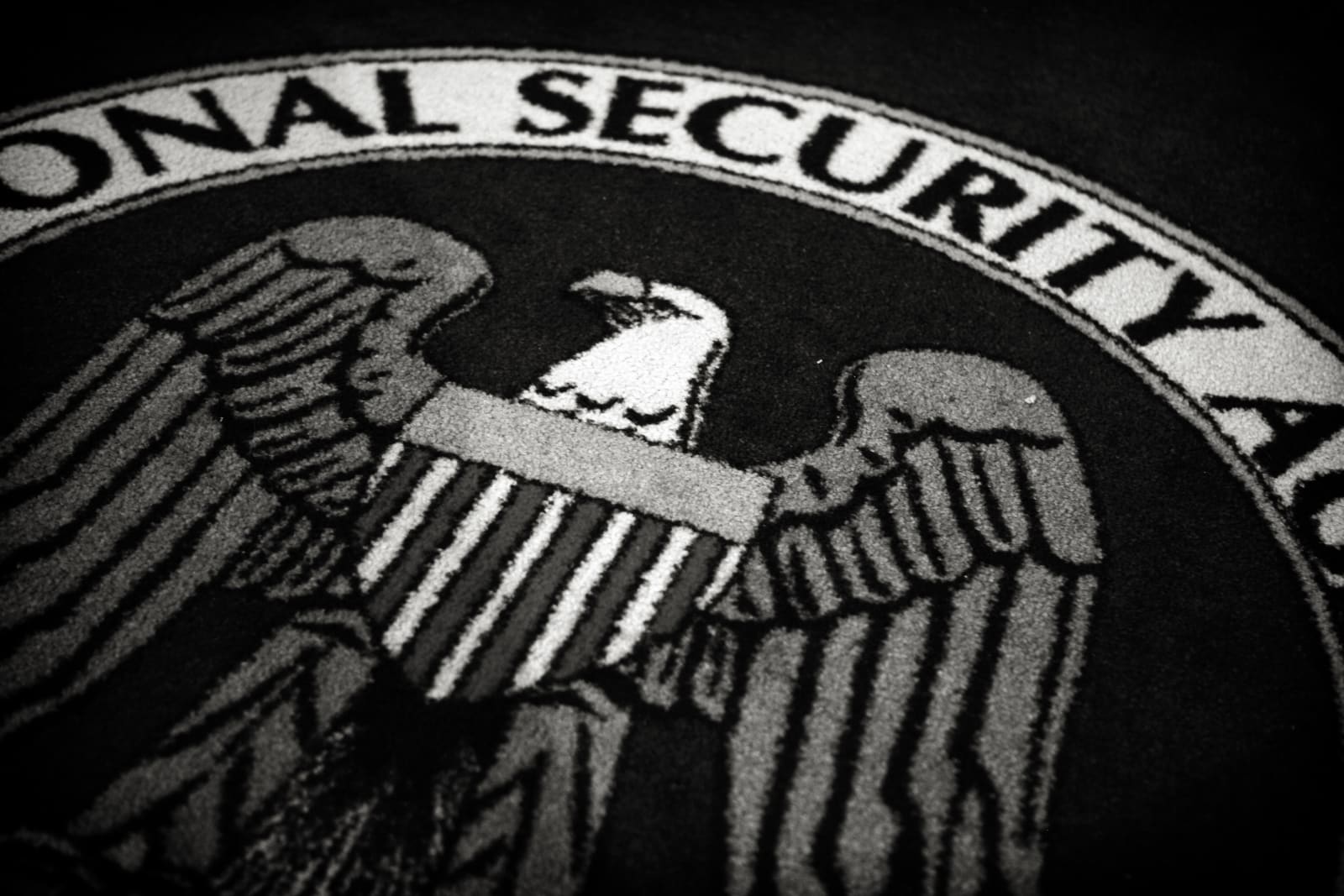 Spy agencies have a long history of using public outlets to deliver secret messages, such as numbers stations or cryptic classified ads. Now, however, they’ve adapted to the internet era. Both the New York Times and the Intercept have learned that the National Security Agency used Twitter to send “nearly a dozen” coded messages to a Russian contact claiming to have agency data stolen by the Shadow Brokers. Reportedly, the NSA would tell the Russian to expect public tweets in advance, either to signal an intent to make contact or to prove that it was involved and was open to further chats.The tweets were sent throughout 2017. Some were the usual self-promotion, including advocacy for the FISA section authorizing the NSA’s warrantless mass surveillance. Others were slightly arbitrary historical facts, such as celebrating the 177th anniversary of the telegraph patent. It’s not clear how many of these messages were crafted just for talking to the Russian versus ordinary posts.The social network communiqués didn’t amount to much. The NSA paid about $100,000 to the Russian in hopes of recovering Shadow Brokers data, but cut off the deal when he instead presented info claiming to link President Trump and associates to Russia. Only some of that information was verifiable, and the NSA was reportedly concerned this could be part of a Russian government campaign to sow chaos in the American administration.

Where Have All The Loyal Employees Gone? 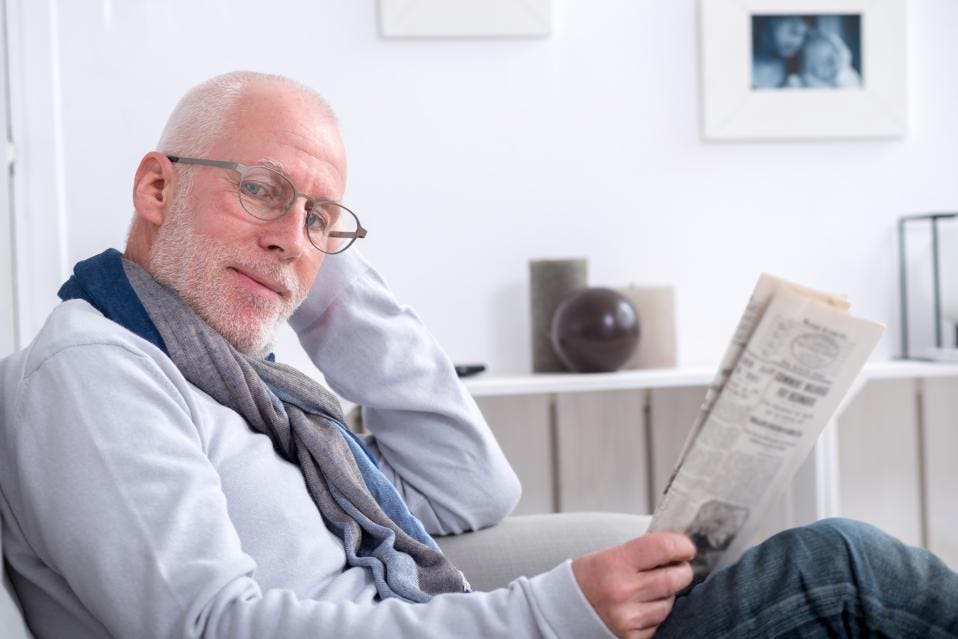 I started my business in 1986. I’m starting to think about retirement. It’s been a great ride but I’m ready to turn over the reins to someone else, either my son or my nephew. My son joined the business two years ago. My nephew has been here longer — about five years.I’ve had a great time in the business world but running my company is becoming harder and less fun than it used to be. One thing that really bothers me is the lack of employee loyalty, which seems to be a thing of the past. I have two employees who have been with me for over twenty years, but in general people come and go a lot more quickly now than they used to.

Source: Where Have All The Loyal Employees Gone?