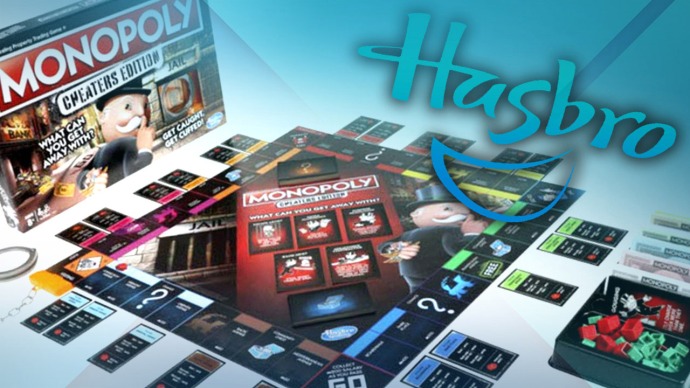 The Monopoly board game was once a celebration of capitalism but this fall, Hasbro will be releasing a new version called the Cheater’s Edition.The new rules and features seem to embrace Marxism and wealth redistribution, so perhaps Hasbro should have called it the “Venezuelan Edition.”But where’s the satisfaction in winning any game by cheating? Doesn’t any such achievement become a hollow victory?An iconic mass-produced, mass-marketed board game that celebrates cheating as opposed to condemning it moves that proverbial moral compass ever so slightly.This edition of Monopoly sends the wrong message, especially to those in society who already feel entitled so I hope it’s dead on arrival.As for the genius who came up with the Cheater’s Edition of Monopoly, please go directly to jail; do not pass Go, do not collect $200.

EU: Hungarian town can’t be European Capital of Culture because there are “too many happy white people” 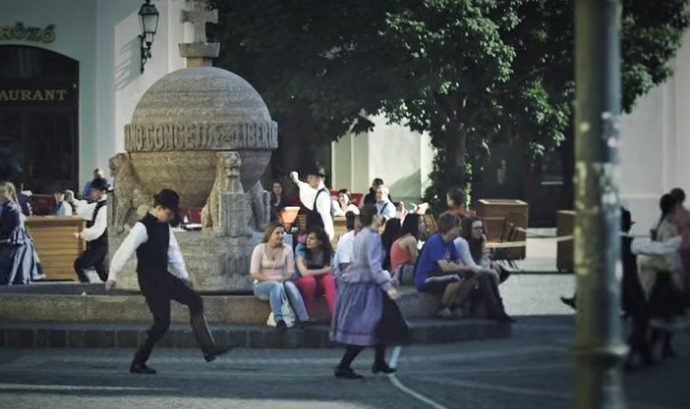 he EU jury of the European Capital of Culture contest (EKF 2023), said that one of the participating towns is “too white and there are not enough migrants”, Hungarian news website “888.hu” reports.With only seven semi-finalists left, the Hungarian town of Székesfehérvár made a promotional film for the jury. The film shows the town’s most beautiful places, a happy couple and some kids playing.But the EU’s jury rejected the submission of Székesfehérvár’s debut film: “There are too many happy white people and crosses, and not enough migrants,” the jury said.The film of the town also featured on YouTube and attracted over 3,000 views. One of the European Union’s experts replied with: “This is the propaganda film for white Christian Europe; everyone is white, happy and dancing in the streets.”

Source: EU: Hungarian town can’t be European Capital of Culture because there are “too many happy white people”

IN DECEMBER OF 2016, Google announced it had fixed a troubling quirk of its autocomplete feature: When users typed in the phrase, “are jews,” Google automatically suggested the question, “are jews evil?”When asked about the issue during a hearing in Washington on Thursday, Google’s vice president of news, Richard Gingras, told members of the British Parliament, “As much as I would like to believe our algorithms will be perfect, I don’t believe they ever will be.”Indeed, almost a year after removing the “are jews evil?” prompt, Google search still drags up a range of awful autocomplete suggestions for queries related to gender, race, religion, and Adolf Hitler. Google appears still unable to effectively police results that are offensive, and potentially dangerous—especially on a platform that two billion people rely on for information.

Until her suicide last week, most people had never heard of Jill Messick, which by all accounts, was how she wanted things. She wasn’t a star, but she babysat for them, as all film producers must, and she knew first-hand how ugly fame can be.Messick was Rose McGowan’s manager at the time of her now-infamous 1997 meeting with Harvey Weinstein, which ended in a hot tub. Although at the time of the incident, McGowan seems to have felt comforted by Messick’s response (“She held me,” McGowan told The New York Times. “She put her arms around me,”), over time, McGowan came to see Messick as complicit.In her new book, Brave, and on Twitter, where McGowan has raised an “army” of nearly one-million followers, she has lashed out at Messick for arranging the meeting with Weinstein, for failing to support her, and for pressuring her to settle with him. For taking a job ten months after the incident at Weinstein’s company, as Messick did. For being part of the problem.Messick had her own version of events, but she kept those to herself.

According to a statement from her family, Messick believed in the #MeToo movement and supported its goals, and she hadn’t wanted to undermine it by contradicting her former client. She was also battling depression and bipolar disorder.On January 31, Weinstein’s defense attorney, Ben Brafman, released an email from Messick solicited by Weinstein before The New York Times broke the scandal.

In the email, Messick said that in 1997, McGowan had admitted to her that “getting into that hot tub was something that she did consensually and that it hindsight it was also something that she regretted having done.” But McGowan had never called the incident “rape.” Ben Affleck, with whom McGowan also discussed the encounter soon after it occurred, confirmed the same.“Fuck you you fucking douche bag loser from hell,” roared McGowan on Twitter at Weinstein, in response to the release of these emails. Under an avatar image of herself with a raised fist, McGowan regularly whips her “#RoseArmy” into a frenzy.

Source: Jill Messick’s Death Is Why Due Process Needs To Come Back

Facebook is bleeding users, with external researchers estimating that the social network lost 2.8 million US users under 25 last year. Those losses have prompted Facebook to get more aggressive in its efforts to win users back—and the company has started using security prompts to encourage users to log into their accounts.Sometimes, Facebook will send emails to users warning them that they’re having problems logging into their accounts, Bloomberg reported last month. “Just click the button below and we’ll log you in. If you weren’t trying to log in, let us know,” the emails reportedly read. Other times, Facebook will ask for a user’s phone number to set up two-factor authentication—then spam the number with notification texts.

Source: Facebook Turned Its Two-Factor Security ‘Feature’ Into the Worst Kind of Spam