If you’ve played even just a few minutes of Minecraft, you know what a creeper is. For those not familiar with the wildly popular sandbox game, a creeper is a monster that creeps along silently until it’s close to a player, whereupon it self-destructs by exploding. Sometimes it kills the player outright, and other times the explosion blows them into lava or off a cliff, or off a cliff and then into lava. Creepers have no friends.But now there’s a way to avoid creeper attacks, or at least get a little heads up that these green nasties are lurking about. With [John Allwine]’s creeper detector, Minecraft players can get a real-world indicator of the current in-game creeper threat. The hardware end is simple enough — it’s just a SparkFun RedBoard and a small strip of Neopixels in a laser-cut plywood case. The LEDs lie behind a piece of etched acrylic to diffuse their glow — extra points for the creeper pattern in the lens. The detector talks over USB to a Minecraft mod that [John] wrote to interface the game with the real world. The closer a creeper gets to the player, the brighter the light. — and when it flashes, watch out. See it in action in the video below, if you can stomach watching someone dig straight down. Never dig straight down.

Amazon’s Jeff Bezos is building a giant clock inside a Texas mountain  13 Hours Ago | 01:17Amazon’s Jeff Bezos just revealed video of a massive 10,000-year clock that’s being built inside a West Texas mountain.The clock is 500 feet tall and powered by the Earth’s thermal cycles, Bezos said in a tweet Tuesday.”It’s a special Clock, designed to be a symbol, an icon for long-term thinking,” a blog post signed by Bezos says.The clock has been in the works for nearly three decades, according to the post, and is designed to tick once a year. The century hand advances once every 100 years, and the cuckoo comes out on the millennium.

Source: Amazon’s Jeff Bezos is building a giant clock inside a Texas mountain

Newsweek published a story about the company’s financial ties to a mysterious church, but editors said the company attempted to thwart their reporting efforts.MAXWELL TANI02.20.18 10:17 PM ETSeveral Newsweek staffers threatened to resign earlier this week, accusing the company of attempting to muzzle the publishing of a story further detailing internal turmoil at the magazine and ties to a controversial Christian college.On Tuesday evening, Newsweek published a story about previously unreported ties between Newsweek Media Group (which also owns International Business Times) and Olivet University’s efforts to develop a campus in upstate New York. Olivet, which is affiliated with a mysterious religious sect called “The Community,” has numerous connections to former leaders of NMG.But not before several reporters and editors made it clear to management that they would quit if Newsweek did not publish the story.The team of journalists including Newsweek deputy editor Ross Schneiderman, news director Cristina Silva, politics editor Michael J. Mishak, and IBT reporters Josh Keefe and Josh Saul mulled resigning in protest on Tuesday if the article was not published.

[Ondřej Vocílka] is a student at the Brno University of Technology in the Czech Republic.  In addition, the 23-year-old lost his vision in his left eye. While attending a lecture on 3D printing, he… 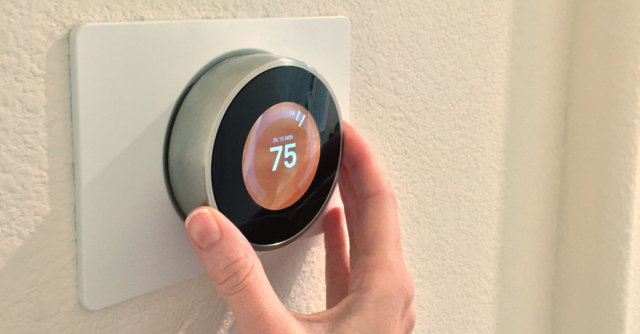 Four years ago, Google paid $3.2 billion for Nest, a fancy smart-home thermostat and smoke alarm maker.Privacy advocates found this a daunting marriage, but Google wound up running the business at arm’s length, over in its Alphabet division.Nest co-founder and former CEO Tony Fadell told the BBC at the time of the acquisition that consumers could relax. Nest data wouldn’t be mixed with all the other information Google gathers:When you work with Nest and use Nest products, that data does not go into the greater Google or any of [its] other business units. We have a certain set of terms and policies and things that are governed. So, just when you say we may be owned by Google, it doesn’t mean that the data is open to everyone inside the company or even any other business group – and vice versa. We have to be very clear on that.Whew! What a relief, eh?

Online Speech Is a ‘Public Menace’ that Must Be Regulated 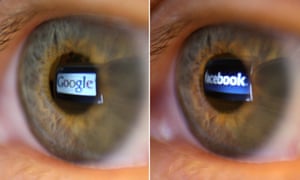 The current moment in world history is a painful one. Open societies are in crisis, and forms of dictatorships and mafia states, exemplified by Vladimir Putin’s Russia, are on the rise. In the United States, President Donald Trump would like to establish his own mafia-style state but cannot, because the constitution, other institutions, and a vibrant civil society won’t allow it.

Not only is the survival of open society in question; the survival of our entire civilisation is at stake. The rise of leaders such as Kim Jong-un in North Korea and Trump in the US have much to do with this. Both seem willing to risk a nuclear war in order to keep themselves in power. But the root cause goes even deeper. Mankind’s ability to harness the forces of nature, both for constructive and destructive purposes, continues to grow, while our ability to govern ourselves properly fluctuates, and is now at a low ebb.

The rise and monopolistic behaviour of the giant American internet platform companies is contributing mightily to the US government’s impotence. These companies have often played an innovative and liberating role. But as Facebookand Google have grown ever more powerful, they have become obstacles to innovation, and have caused a variety of problems of which we are only now beginning to become aware.

Source: Only the EU can break Facebook and Google’s dominance | George Soros | Business | The Guardian

Facebook Says It Is Deleting Accounts at the Direction of the U.S. and Israeli Governments 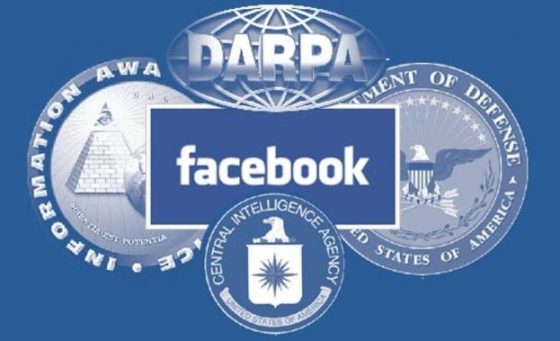 In September of last year, we noted that Facebook representatives were meeting with the Israeli government to determine which Facebook accounts of Palestinians should be deleted on the ground that they constituted “incitement.” The meetings — called for and presided over by one of the most extremist and authoritarian Israeli officials, pro-settlement Justice Minister Ayelet Shaked — came after Israel threatened Facebook that its failure to voluntarily comply with Israeli deletion orders would result in the enactment of laws requiring Facebook to do so, upon pain of being severely fined or even blocked in the country.The predictable results of those meetings are now clear and well-documented. Ever since, Facebook has been on a censorship rampage against Palestinian activists who protest the decades-long, illegal Israeli occupation, all directed and determined by Israeli officials. Indeed, Israeli officials have been publicly boasting about how obedient Facebook is when it comes to Israeli censorship orders:Shortly after news broke earlier this month of the agreement between the Israeli government and Facebook, Israeli Justice Minister Ayelet Shaked said Tel Aviv had submitted 158 requests to the social media giant over the previous four months asking it to remove content it deemed “incitement.” She said Facebook had granted 95 percent of the requests.She’s right. The submission to Israeli dictates is hard to overstate: As the New York Times put it in December of last year,

Source: Facebook Says It Is Deleting Accounts at the Direction of the U.S. and Israeli Governments | Global Research – Centre for Research on Globalization

After President Trump re-tweeted a discussion thread from Facebook VP of Ads Rob Goldman, which cited analysis done last year of Russian ad purchases/engagement, the liberal hive instantly attacked the executive.According to Wired.Com Rob Goldman quickly began apologizing for expressing “uncleared thoughts”, where those thoughts are actually based on facts – but run counter to the necessary liberal narrative – so they must be repelled at all costs.This you have to read:(Via Wired) On Friday morning, just before 10am on the West Coast, the office of special counsel Robert Mueller published his indictment of 13 Russian operatives for interfering in the US election. The document was 37 pages, and it mentioned Facebook 35 times. It detailed how Russian operatives used the platform to push memes, plan rallies, create fake accounts, suppress the vote, foment racism, and more.[…] But then, roughly eight hours after the indictment appeared online, Rob Goldman, a VP for ads for Facebook, decided he had a few points to add to the debate. He was just freelancing, and had not cleared his thoughts with either Facebook’s communications team or its senior management.

Colorado wants to issue their own green cards, except they’re purple

Apparently having grown tired of waiting for the federal government to “do something” about immigration reform, some Colorado lawmakers have come up with an alternate solution. Some Democrats in the state legislature have a plan which would allow the state to issue their own “purple cards” (a state-level version of a green card), offering legal status to well-behaved illegal aliens. Right up front, I’ll just say that I hope they pass this law because watching the legal challenges and fallout should be either informative or hilarious.

Source: Colorado wants to issue their own green cards, except they’re purple

A rare copy of the Declaration of Independence made for James Madison that survived the Civil War hidden behind wallpaper in Virginia was purchased last month by billionaire philanthropist David M. Rubenstein for “seven figures.”

The copy, made in the 1820s for Madison, fourth president of the United States, is one of 51 copies known to be in existence by scholars, The Washington Post reported.

“This is the closest … to the original Declaration, the way it looked when it was signed in August of 1776,” Seth Kaller, a New York rare-document appraiser who assisted in the sale, told the Post. “Without these … copies you wouldn’t even know what the original looked liked.”

Copies of the Declaration of Independence have been found in other unusual places.

Drones aren’t just for recreational use—they are becoming increasingly used for monitoring wildlife. However, researchers didn’t know just how accurate they are compared to traditional counting. Cue a few thousand rubber ducks and the birth of the #EpicDuckChallenge. The outcome showed that using drones is more accurate than counting from the ground.“For a few years now, drones have been used to monitor different animals that can be seen from above, including elephants, seals and nesting birds. But, until now, the accuracy of using drones to count wildlife was unclear,” says the study’s lead author, Jarrod Hodgson from the University of Adelaide’s Environment Institute and School of Biological Sciences.The lead researcher surrounded by the rubber ducks used in the study. Image credits: University of Adelaide.The researchers wanted to compare how accurate drones are compared with counting.“We needed to test the technology where we knew the correct answer. We couldn’t use wild animals because we could never be sure of the real number of individuals present,” said Hodgson.

This Edible Chocolate Knife Is Sharp Enough To Cut Vegetables

Technically it’s made out of a combination of 100%-cacao dark chocolate and hard candy. But dang, this thing can really slice.