‘Looks good enough to eat’: inside the home of Japan’s fake food industry

With a gentle swish through hot water, and some deft tearing and shaping, Kurumi Kono turns a rectangular sheet of white and green wax into what, improbably, is quickly coming to resemble an iceberg lettuce.Kono makes it look deceptively easy. “Place it in your hands and pull out the edges like this,” she says. “Then roll the remaining wax into a ball to make a small lettuce. Place it onto your hand and, starting from the back, fold the bigger leaf towards the middle. Using both hands, gently form a sphere. And there you have it.”She then drips a yellowy liquid wax from a paper cup into the hot water. Within seconds, it forms a solid coating, in which she encases a “cooked prawn” to produce a flawless piece of tempura. It really does look good enough to eat.

The Barack Obama presidential campaign hired Fusion GPS in 2012 to dig up dirt on Republican presidential candidate Mitt Romney, according to a book released on Tuesday.The Obama campaign hid its payments to Fusion GPS through its law firm, Perkins Coie. The arrangement is similar to the one that the Clinton campaign and Democratic National Committee used to pay Fusion for its investigation of Donald Trump in 2016.That contract led to the creation of the infamous Steele dossier, which was written by former British spy Christopher Steele.“In 2012, Fusion GPS was hired to do opposition research on Mitt Romney for Barack Obama’s reelection campaign,” reads “Russian Roulette: The Inside Story of Putin’s War on America and Donald Trump’s Election.”

The police needed help and Jason Triplett wouldn’t let it go.The 37-year-old attorney was dressed as Elsa from “Frozen” at a Boston bar Tuesday night when he saw a department wagon stuck in a snowbank.So what’s a pretend Disney heroine to do? He went outside in the storm to push the cop vehicle out all on his own, earning viral celebrity and cheers from patrons at the South End’s Gallows pub, People reported.

Alec Baldwin’s “SNL” act as Donald Trump was digitally altered with the president’s face to create a fake Trump debate performance. DERPFAKES/YOUTUBEShare Tweet Reddit Flipboard EmailAlec Baldwin is to some a perfect stand-in for President Trump. But in a digitally-altered video online, the president’s face has been digitally stamped onto Baldwin’s performance.Trump | Deepfakes Replacement by derpfakes on YouTubeIt’s part of a wave of doctored audio and video now spreading online.”The idea that someone could put another person’s face on an individual’s body, that would be like a homerun for anyone who wants to interfere in a political process,” said Virginia Senator Mark Warner. He believes manipulated video could be a game-changer in global politics.

D’oh! French court fines baker for refusing to take a day off 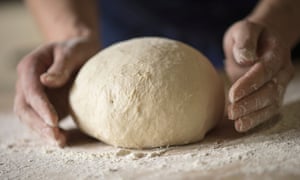 A French boulanger has been ordered to pay a €3,000 fine for working too hard after he failed to close his shop for one day a week last summer.Loyal customers in the town of Lusigny-sur-Barse, population 2,000, in the Aube department of north France, an area popular with tourists, have now launched a petition in support of Cédric Vaivre and his Boulangerie du Lac.Christian Branle, the town’s mayor, defended the baker. “In a tourist area, it seems essential that a business can open every day during the summer. There’s nothing worse than closed shops when there are tourists,” Branle told L’Est Eclair newspaper, after the fine was levied by employment authority officials.Under local employment law, two separate regulations from 1994 and 2000 require bakers’ shops to close once a week – though exceptions can be made in specific cases.

Would it surprise you to learn the Canadian military spends millions on art and history?An exhibit at the Canadian War Museum highlights a little discussed arm of the military’s massive propaganda apparatus.Until April, the Canadian War Museum is hosting an exhibition of war art from the Ukraine created through the Canadian Forces Artists Program (CFAP). In 2014 through 2015, eight artists were sent to observe Operation UNIFIER, Canada’s “training” mission to support Ukraine’s armed forces.The purpose of CFAP is to “encourage artists to learn more about our men and women in uniform and to create works of art that document and explore Canada’s military history and experience.” The program pays for artists to spend one week to ten days days in the field with troops to document their activities.While CFAP began in 2001, there have been various iterations of the program over the past century. During World War I, for instance, Canada’s official war art program created almost 1,000 works of art. During World War II, the head of the Army’s historical section, Colonel A. F. Duguid, initiated a war art program. Over the years, the Canadian forces have commissioned sketches of the Korean War, NATO missions, UN operations and the first Gulf War.

Source: Canadian Military Pays Artists and Historians to Shape What You Think of Them | Global Research – Centre for Research on Globalization

A man tried to hijack an electric car during a violent confrontation with its owner in Austin on Saturday but couldn’t escape because he didn’t know how to drive it, according to an arrest affidavit.Cory Allen Patrick, 28, of Austin, was charged with robbery by assault, a second-degree felony punishable by up to 20 years in prison.The incident happened at the intersection of Gynerium Drive and Tom Kemp Lane in a part of Austin that is in Williamson County, the affidavit said.

The owner of a 2017 Chevy Bolt told police he had stopped at a stop sign at the intersection when a man, later identified as Patrick, approached his driver’s-side window, the affidavit said.It said the driver rolled down the window and that Patrick yelled “get out of the car.” The driver rolled up the window but Patrick then smashed it, climbed inside and attacked the driver, the document said.The driver struggled with Patrick but then got out of the car because “he did not want to die over a car,” the affidavit said. Patrick then attempted to drive away but couldn’t because he didn’t know how to drive an electric car, according to the document.

France’s Martin Fourcade claimed gold after finishing 12 seconds ahead of Sweden’s Sebastian Samuelsson in the men’s biathlon 12.5 km pursuit at the PyeongChang 2018 Winter Olympics . Out of seven top biathletes in the competition, Fourcade was the only one who had a flawless final shooting round. His rifle had been designed by Athletics 3D – Olympics & Fitting, a French company founded by Clément Jacquelin, a Youth Biathlon World Champion 2009, and prototyped on the Zortrax M200 3D printer working with Z-ABS material. For more information see the IDTechEx report on 3D printing materials.   “I have been a top athlete myself, a world champion”, says Jacquelin recollecting his own achievements in biathlon. However, instead of pursuing a career in professional sports, he decided to go into technology. “Seven years attending the top French engineering university programs left me with sufficient knowledge to make top-tier sports equipment”, he claims, “we started Athletics 3D to share our expertise, and put everything we know about ins and outs of biathlon into our products”. And there was a lot of this expertise needed to design a professional biathlon rifle.   Weighing at least 7.7 lb—ammunition and magazines not included—biathlon small-bore rifles are either bolt or Fortner action which means handling the cartridges into and out of the weapon’s barrel chamber is done manually by manipulating the bolt handle. The handle has first to be rotated upward, then drawn rearward, pushed forward again, and rotated downward to complete the loading cycle. The Fornter or straight-pull variant simplifies this procedure down to moving the handle back and forth—two moves instead of four to increase the rate of fire. But at the end of the day it all comes down to marksmanship.
Read more at: https://www.3dprintingprogress.com/articles/13808/prototyping-a-biathlon-rifle?rsst2id=9

Sonic Will Roll Out Pickle Juice Slushes This Summer

While the popularity of pickle-juice-as-beverage has surged in recent years—with pickle back shots now ubiquitous in Brooklyn bars, and a pickle sports drink hitting the national market—we wouldn’t have predicted that the tangy, herbaceous brine would end up starring in a drink at one of the country’s top quick-service chains, but then again, this is the year Taco Bell launched nacho fries, so evidently no item is too extreme.This June, Sonic will unveil a pickle juice snow cone slush, according to Sonic representatives. And the drink is exactly what it sounds like: a sweet slush flavored with pickle juice. As could be expected, the beverage is bright green—in a way no brine of pickles ever has been—but this is Sonic, so everything should be a little fluorescent and playful.

The Salvation Army has a new concept for anyone who needs to stretch their grocery budget. Last week the organization opened DMG Foods, named after its motto “Doing the Most Good.”The grocery store in Baltimore is a 7,000-square-foot store that looks like any other grocery store. A video on the Salvation Army of Central Maryland’s Facebook page takes you on a walk-through of the store on opening day. Along with aisles of non-perishables and dairy items, there’s fresh produce, a butcher, a bakery, rotisserie chickens, a deli, and a prepared food section with items prepared by volunteers from the Maryland Food Bank. There’s even a loyalty card program complete with coupons.To open the store, the Salvation Army of Central Maryland partnered with the Maryland Food Bank, according to a statement on the Salvation Army’s website. The food bank will provide the majority of the store’s inventory. Local farmers and suppliers have also been tapped to provide fresh produce.

While students in a South Carolina school participated in the National School Walkout this week, a custodian helped herself to their cash, police said.The incident occurred at Richland Northeast High School on Wednesday.Aisha Evans, a custodian at the school, went into a classroom while students were outside and rummaged through three book bags, the Richland County Sheriff’s Department said.In all, Evans stole $180, the department said.The custodian was arrested soon afterward and charged with three counts of petty larceny.Evans, 32, was employed by Service Solutions, an agency that provides custodial services to the district’s school.The agency terminated the woman, the school district told CNN affiliate WIS.”On Thursday, March 15, Service Solutions notified Richland Two that Evans is no longer an employee of the company and was informed that she cannot come on any Richland Two property,” Richland Two School District said in its statement to the affiliate.