Counting Bees With A Raspberry Pi

Even if keeping bees sounds about as wise to you as keeping velociraptors (we all know how that movie went), we have to acknowledge that they are a worthwhile thing to have around. We don’t personally want them around us of course, but we respect those who are willing to keep a hive on their property for the good of the environment. But as it turns out, there are more challenges to keeping bees than not getting stung: you’ve got to keep track of the things too.

Keeping an accurate record of how many bees are coming and going, and when, is a rather tricky problem. Apparently bees don’t like electromagnetic fields, and will flee if they detect them. So putting electronic measuring devices inside of the hive can be an issue. [Mat Kelcey] decided to try counting his bees with computer vision, and so far the results are very promising.

Academic Group Says FAA is Too Tough on Drones 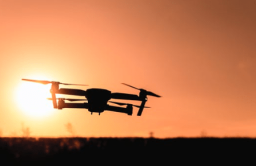 National Academies of Science, Engineering and Medicine (NASEM) said in a report yesterday the FAA is often “overly conservative” and should weigh the overall benefits of drones instead of focusing only on their risk to airplanes and helicopters. (The full report can be purchased for $45.)

Introducing drone operations into the nation’s airspace can provide substantial benefits to society, such as preventing derailments, inspecting cell phone towers, delivering medical devices to patients in cardiac distress, and assisting firefighters, said the NASEM report. The report said the FAA’s tendency to “overestimate the severity and likelihood of risks from many types of drone operations, can be a significant barrier to introduction and development of this emerging and rapidly changing technology.”

The NASEM report cited examples of Unmanned Aircraft Systems (UASs) reducing risks and saving lives. Earlier this year, a drone reportedly saved two swimmers in New South Wales, Australia, who were caught in rough ocean surf.  A lifeguard supervisor spotted the swimmers in trouble and used a drone to drop an inflatable device.

Source: Academic Group Says FAA is Too Tough on Drones – Inside Towers

As I sat in my doctor’s office last Friday morning outside of the nation’s capital, President Donald Trump was holding forth on the South Lawn of the White House. Russia should be back in the G-7. He might issue more pardons. He wasn’t backing off on his fight over trade barriers. It was yet another time over the last two years that while the President was making major news, I was visiting yet another medical professional in the pursuit of answers – what happened to my voice, and will it ever come back?

The answer is – I don’t know. And my many doctors don’t know, either.

My voice is in there. From time to time, words fall out of my mouth that sound normal. But for the most part, I can’t speak more than one or two words at a time before it goes haywire.

And that’s a problem for someone who has been doing news on the radio since 1983.

The medical diagnosis is tongue protrusion dystonia – which basically means my tongue isn’t working correctly, as it pops out of my mouth when I talk, causing problems for my speech. 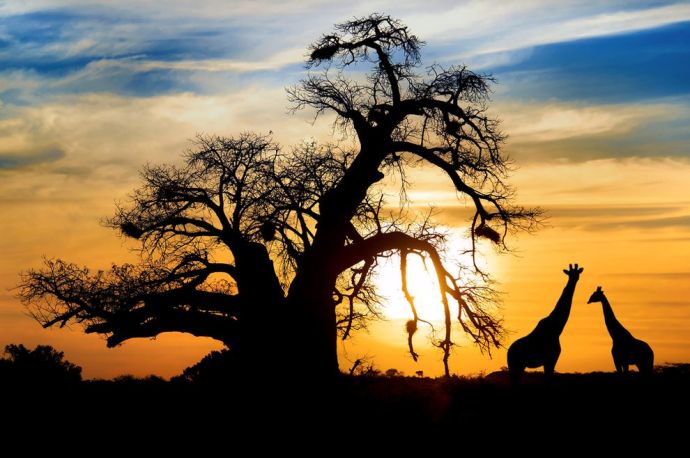 Baobab trees are ancient, iconic structures with stalky branches that jut out haphazardly from rugged, thick trunks. These odd-looking trees can grow to an enormous size and are found in low-lying areas in Africa and Australia.

Baobabs are sometimes known as upside-down trees because their spindly branches look like roots reaching up to the sky. The iconic trees are also called monkey bread trees because of their plentiful fruit.

Until recently, these trees seemed nearly indestructible. People have used their cavernous trunks for homes, shops, storage and even a cocktail bar.

But then they began to topple. In early 2016, the Sunland baobab in Modjadjiskloof, South Africa — which had grown to an impressive 62 feet tall and nearly 112 feet in girth — began to split. By late 2017, it had collapsed completely.

The Sunland baobab, also called the Platland tree, had been functioning as a cocktail bar. Some thought perhaps all those people visiting the tree’s innards may have been the reason for its demise. But it wasn’t the only baobab that crumbled.

Journalists have been unsurprisingly slow to notice the latest appalling comments from Bill Clinton in which he appears to insist that times have changed and you can no longer grope people. On Thursday’s PBS NewsHour,he talked to Judy Woodruff about Al Franken and the senator’s abrupt exit from the Senate in 2017.

Clinton responded with this jaw-dropping answer: “I think the norms have really changed in terms of, what you can do to somebody against their will, how much you can crowd their space, make them miserable at work.” (Franken resigned last year after eight women accused him of inappropriate touching and a 2006 picture surfaced of him groping a sleeping woman.)

Since then, the network newscasts on ABC, CBS and NBC have ignored the comments in which Clinton went on to defend Franken with this assertion of how he’s “old fashioned”:

I will be honest, the Franken case, for me, was a difficult case, a hard case. There may be things I don’t know, but I —  maybe I’m just an old-fashioned person, but it seemed to me that there were 29 women on Saturday Night Live that put out a statement for him, that the first and most fantastic story was called, I believe, into question.

Just for comparison, here is the picture of Franken groping TV personality Leeaan Tweeden in 2006: 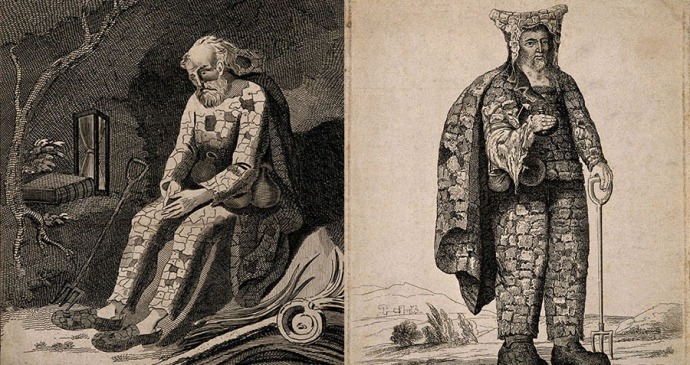 The ceramic garden gnomes we see today have a very human — and very solemn — past.

Before the days of the ceramic garden gnome, a human being often played the role of stern, robe-wearing guardian of flora and fauna — and that person was preferably a grizzled old man who didn’t mind living in seclusion and forgoing even basic personal hygiene.

Two trends in Georgian England created a moment in history for the phenomenon of ornamental hermitage: solitude and overt displays of material wealth.

Wealthy landowners desired expansive and often ornate gardens on their property, and would use these expanses to reflect not just financial riches, but existing social mores such as melancholy.

Elite circles viewed this deeper, more introspective form of sadness as a mark of intelligence, and thus sought to associate themselves with the sentiment whenever possible. Physical property presented an easy, obvious avenue to bring this social virtue of melancholy to life.

Soon enough, wealthy landowners began placing want ads in newspapers to fill this very aim. Ad writers often sought men who would agree to live in a garden for a span of time (usually about seven years, it seems) and devote themselves to a silent, forlorn — if not also wise and mysterious — existence. One such ad placed by Charles Hamilton outlined the expectations for a hermit-in-residence as follows: