How Tequila Soda Became the Drink of Choice for Finance Bros

Posted on June 26, 2018 by binghamboatwright 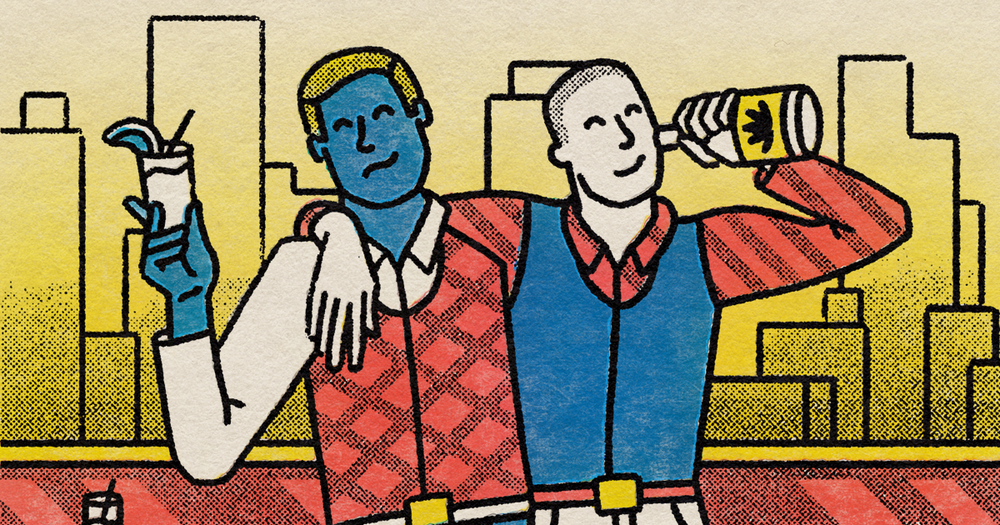 Drinking among a finance crowd is about showing status. It’s about confidently ordering a drink every time you’re at the bar, if only to show that you know what you like and don’t hesitate when you order. It’s about being fully aware that the fifth drink could put you over the edge, but the fourth might land you a deal, and that the only thing that’ll take your mind off of a 60-plus-hour work week is a drink. Over the past year or so, that drink of choice for younger finance workers has been a Tequila Soda.

In the past, if you were a money mover in the world—whether that meant you worked in finance, stocks or just business in general—then you drank scotch. Sometimes it was a Scotch and Soda, sometimes neat, depending on the occasion. There were also, of course, the big, high-priced wines at dinner. But now when a bunch of suits hit a happy hour there’s likely going to be an agave spirit in their glasses.

“Last year it was coming more and more,” says Genese Perez, the creative director at Monarch Rooftop and Addison Hospitality Group in New York City. Perez notes the bar is a common spot for corporate happy hours and meetings, and she’s seen the trend evolve. “Now it’s come full swing and those high end (tequilas) are really taking over, and it’s all Tequila Sodas.”

Source: How Tequila Soda Became the Drink of Choice for Finance Bros