Posted on June 30, 2018 by binghamboatwright 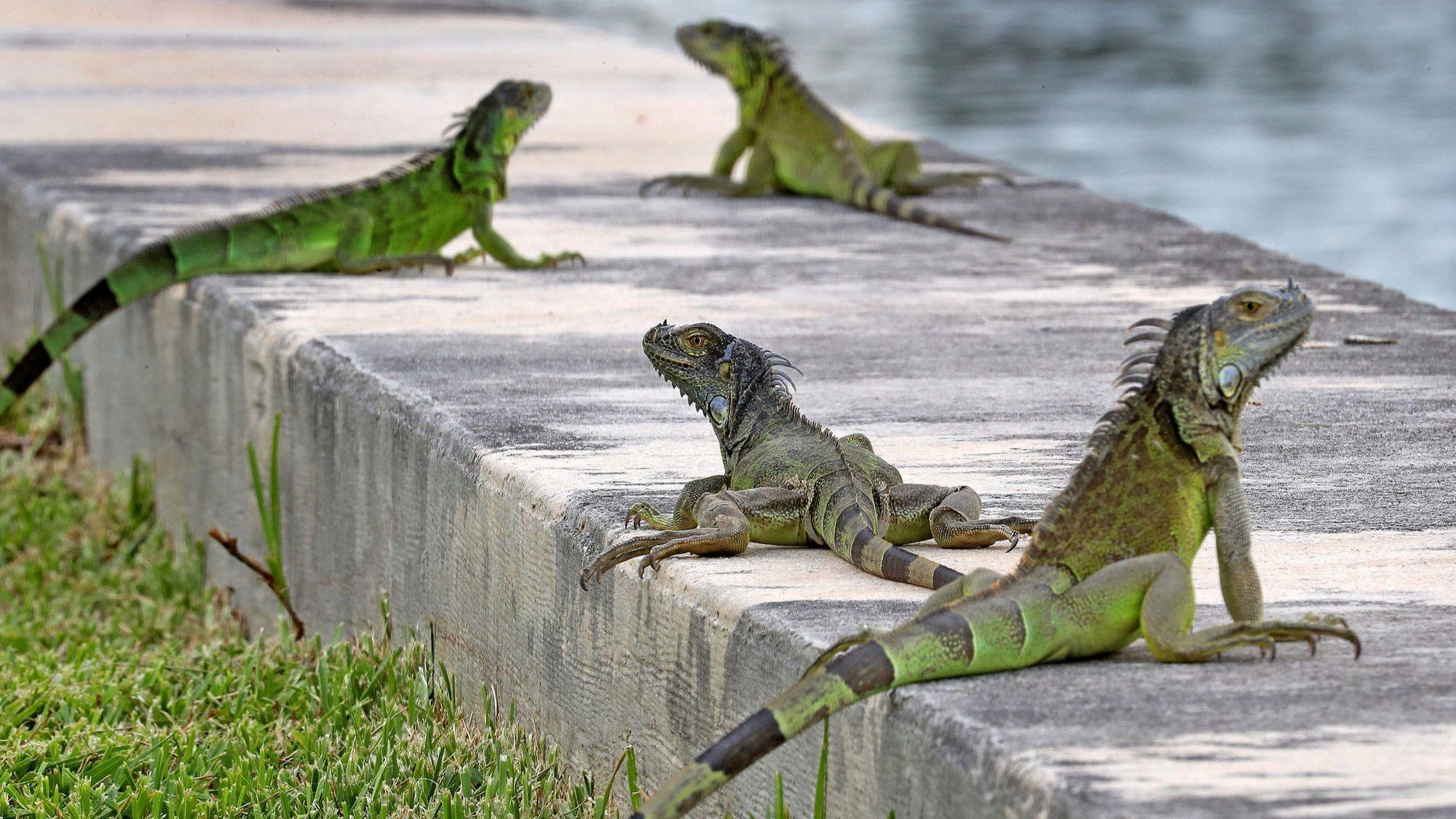 South Florida’s not quite Jurassic Park, but it’s getting close.

Packs of green iguanas are swarming seawalls, roaming yards and parks, and leaving a path of destruction and filth in their wake. Like a shot of espresso, the hot summer sun has stoked activity in the cold-blooded creatures, which experts say may be at record numbers.

“This year is the most iguanas I’ve seen and I’ve been in business for nine years,” says Thomas Portuallo, owner of Fort Lauderdale-based Iguana Control. He says the invasive lizards are out of control with “many hundreds of thousands” creeping around Broward, Miami-Dade and Palm Beach counties.

The prehistoric populations are multiplying like rabbits, and causing internet, phone and power outages (barbecued lizard, anyone?), damaging landscapes, levees, seawalls, roofs and patios, and contaminating pools with poop.

“There’s no real way to come up with a valid estimate of the number of green iguanas in Florida. But the number would be gigantic,” says Richard Engeman, a biologist for the National Wildlife Research Center. “You could put any number of zeros behind a number, and I would believe it.”