Astronauts aboard the International Space Station are going to have a very special meal tomorrow. Red romaine lettuce is on the menu, and when they take a bite, it will mark the first time astronauts eat food that was grown on the ISS.

Casual observers may be surprised to hear that fresh vegetables haven’t been growing on ISS for years. After all, if sci-fi movies have taught us anything, it’s that every space ship needs a bountiful greenhouse to support its crew .

A greenhouse called Lada has been aboard the ISS since 2002 and has been used to study plant growth in microgravity for many years. But, until now, astronauts aboard the space station haven’t been eating their science experiments.

Las Vegas – Hackers at an infamous annual Def Con gathering in Las Vegas on Friday got schooled in how to be online killers.

A rush to go digital with the process of registering deaths has made it simple for maliciously minded folks to have someone who is alive declared dead by the authorities.

“This is a global problem,” Australian computer security specialist Chris Rock said as he launched a presentation titled “I Will Kill You.”

The process of having someone officially stamped dead by getting a death certificate issued typically involves a doctor filling out one form and a funeral home filling out another, according to Rock’s research.

A fatal flaw in the system is that people can easily pose as real doctors and funeral directors, Rock demonstrated to a rapt audience.

An aspiring online assassin can step into that void, and borrow the identity of a doctor.

Setting up accounts requires a doctor’s name, address, and medical license number. A basic Internet search will turn up that information, which is publicly available for the well-intended purpose of letting people check that physicians are legitimate before seeking care.
continue http://www.securityweek.com/rush-put-death-records-online-lets-anyone-be-killed

Police are appealing for assistance following the report of a motorist being robbed at gun point at Smithfield this morning.

The man told police he heard footsteps approaching and then the sound of windows smashing.

He turned to see four males next to his car and one of the men was smashing the car windows with a garden gnome.

One of the men then punched the driver several times in the face before he produced what was believed was a black-coloured gun. The driver was punched again by the man before cash was taken from the driver’s wallet.

Boa constrictors are notorious for their deadly grip, squeezing their next meal until it expires. But scientists have long wondered whether this fatal hug kills prey by suffocation or by obstructing blood flow in the snake’s victims.

Now, a new study finds that rats attacked by boas don’t die from a lack of air. Instead, the boa’s tight coils block the rat’s blood flow, leading to circulatory arrest. That deadly grip helps to more quickly subdue rats and other prey that might be clawing back, allowing the snake to quickly end the struggle and preserve its energy, the researchers said.

“This is such an efficient behavior, and it allows us to realize that this behavior was really important in snake evolution,” said lead researcher Scott Boback, an associate professor of biology at Dickinson College in Pennsylvania. “[Constriction] is extremely efficient at killing their prey and allowing them to be successful.”
CONTINUE AFTER VIDEO BELOW http://www.nbcnews.com/science/weird-science/not-suffocation-study-unveils-real-way-boa-constrictors-kill-n397471

If you partake in Microsoft’s free upgrade offer from Windows 7 or 8 to Windows 10, Windows Media Center will be removed without warning. In its place, a new app called Windows DVD Player has been added to the Windows Store. It costs the princely sum of £11.59, or $14.99/€14,89 if you live in the terrifyingly parched wastes outside Blighty.

Updated: A number of commenters are reporting that the Windows 10 upgrade tool does warn you that you’re about to lose Windows Media Center.

Microsoft doesn’t exactly hide the fact that Windows 10 forcibly deprecates Media Center, but the information isn’t in the most obvious of locations either. If you visit the Windows 10 upgrade website, and then click the “Windows 10 specifications” link in the small print at the bottom of the page, there’s a big list of deprecated features. Media Center is the main one, but you’ll be dismayed to hear that Solitaire, Minesweeper, and Hearts have also been removed.

Now, the good news: if your computer had Media Center before the upgrade (most versions of Windows 7, or Windows 8/8.1 with Media Center), you will be credited with a free copy of Windows DVD Player. In practice, this means that most people upgrading from Windows 7 will have access to the Windows DVD Player app for free, while most Windows 8 upgraders won’t. Likewise, if you bought a full Windows 10 Home or Pro licence, or a new Windows 10 computer, you won’t be eligible to download the DVD Player app for free.

America’s debt problem has been widely documented over past few years, and not just the public kind. The average American is swimming in trillions of dollars in medical fees, car payments, mortgage liabilities, as well as credit card statements and college tuitions. However, none of that is shocking anymore. You already know all about that because statistically speaking, many of you reading this are probably struggling to climb out of your own personnel debt hole.

But what hasn’t been widely documented, is how the average American feels about their personnel liabilities. A recent pew research poll found that not only are 8 out of 10 Americans in some form of debt (mostly mortgage) but that “7 in 10 Americans said debt is a necessity in their lives.” There’s two very disconcerting facts that can be gleaned from that statement.

Criminal sentencing has long been based on the present crime and, sometimes, the defendant’s past criminal record. In Pennsylvania, judges could soon consider a new dimension: the future.

Pennsylvania is on the verge of becoming one of the first states in the country to base criminal sentences not only on what crimes people have been convicted of, but also on whether they are deemed likely to commit additional crimes. As early as next year, judges there could receive statistically derived tools known as risk assessments to help them decide how much prison time — if any — to assign.

– From the Five Thirty Eight article: Should Prison Sentences Be Based On Crimes That Haven’t Been Committed Yet?

As technology generally continues to advance, one thing you can be sure of is the criminal justice system’s use of innovative new “tools” will grow exponentially. This can be a good thing, but it can also be a very dangerous thing. Pennsylvania’s new law that permits the use of data showing whether people are “deemed likely to commit additional crimes” in criminal sentencing, is a perfect example of how an over reliance on technology can be a threat to liberty and due process.

Rather than explaining my position on the matter right here, I think it best to make my points within excerpts from the article itself.  From Five Thirty Eight:

Wait, what? TrueCrypt ‘decrypted’ by FBI to nail doc-stealing sysadmin

Do the Feds know something we don’t about crypto-tool? Or did bloke squeal his password? 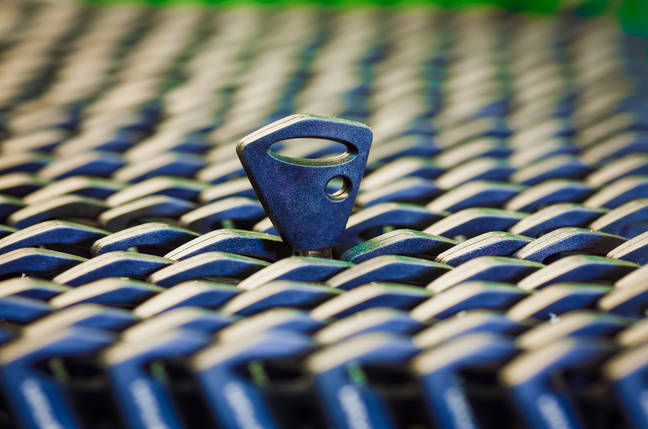 Discontinued on-the-fly disk encryption utility TrueCrypt was unable to keep out the FBI in the case of a US government techie who stole copies of classified military documents. How the Feds broke into the IT bod’s encrypted TrueCrypt partition isn’t clear.

It raises questions about the somewhat sinister situation surrounding the software team’s sudden decision to stop working on the popular project last May.

US Air Force sysadmin Christopher Glenn was sent down for 10 years after stealing military documents relating to the Middle East, in addition to copying emails controlled by the commander of a special unit that conducts military operations in Central and South America and the Caribbean, as we reported.

Glenn, 34, had secret-level clearance, and worked at the Soto Cano Air Base in Honduras installing and maintaining Windows 7 systems when he swiped copies of the classified files. He was arrested, charged, and appeared before a court in the southern district of Florida, where he admitted breaking the US Espionage Act and Computer Fraud and Abuse Act. He was sentenced on Friday.

According to the Sun Sentinel, the court heard a claim by Gerald Parsons, an army counterintelligence expert, that the FBI had managed to access a concealed and encrypted hard-drive partition within which Glenn had hidden the stolen files.

Who Needs Real Friends When Robots Will Play Nintendo With You

For those of us who have no friends, we at least have video games. And thanks to artificial intelligence, the computer-controlled adversaries we play against are always getting better. Most games aren’t at the point where the AI can give a skilled human serious competition without having the playing field tilted in its direction, but that’s okay, because we still derive pleasure and satisfaction from beating them anyway.

What AI is missing is physical embodiment. You know, something that you can scream at when you lose and gloat over when you win. The little humanoid NAO fills that role nicely, and researchers from the University of Tsukuba in Japan have taught the robot to play Wii Tennis, with a Wiimote and all.
continue http://spectrum.ieee.org/automaton/robotics/home-robots/who-needs-real-friends-when-robots-will-play-nintendo-with-you

Social Security’s disability trust will run out of money in late 2016.

The 11 million Americans who receive Social Security disability face steep benefit cuts next year – right in the middle of a presidential election – unless Congress acts.

Social Security’s trustees say the disability trust fund will run out of money in late 2016. That would trigger an automatic 19 percent cut in benefits.

There is an easy fix available, but Republicans in Congress are resisting.

GOP lawmakers see the funding crisis as an opportunity to improve a program that they believe is plagued by waste and abuse. Democrats are much more defensive about the program, noting that its modest benefits keep millions of disabled workers and their families out of poverty.

Lawmakers from both political parties would like to resolve the issue this year, protecting beneficiaries from steep cuts before presidential politics consumes the capital. But a deal remains elusive as Social Security approaches its 80th birthday Friday.

President Franklin Roosevelt signed the Social Security Act on Aug. 14, 1935. The disability program was added in 1956.

Some things to know about the disability program’s funding crisis: